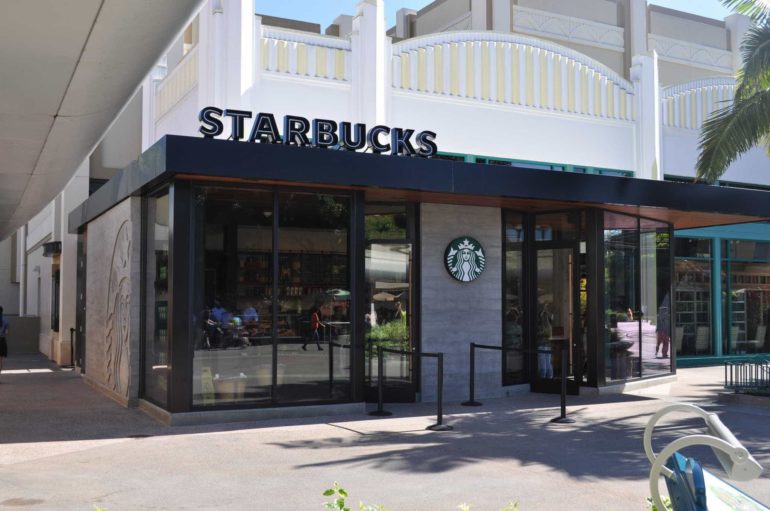 Downtown Disney continues to move on following the decision to cancel plans for the Disneyland Resort’s fourth hotel. First, Earl of Sandwich reopened its location (though officially, it’s still temporary). Then, Rainforest Cafe expressed interest in returning. Now, buried in an article about Downtown Disney’s holiday offerings (more on that soon), Disney Parks Blog has confirmed that Starbucks will be reopening its West Side location, across from the Downtown Disney monorail station. (WDW News Today readers might remember that in our story about Rainforest Cafe’s interest in reopening, Starbucks claimed that they had no plans at the time to reopen the location.)

“A second [Starbucks] store location is coming soon to the Downtown Disney District, across from the Disneyland Monorail station.”

The West Side Starbucks closed on June 30th to prepare for the hotel’s construction. However, following a high-profile fight between Disney and the City of Anaheim, the hotel project was formally abandoned in October. There’s no word yet as to when the location will reopen, though it is expected that it will be soon to take advantage of the busy holiday shopping season. The Starbucks location near World of Disney was not affected by the closures.

We will provide more information as we learn it.