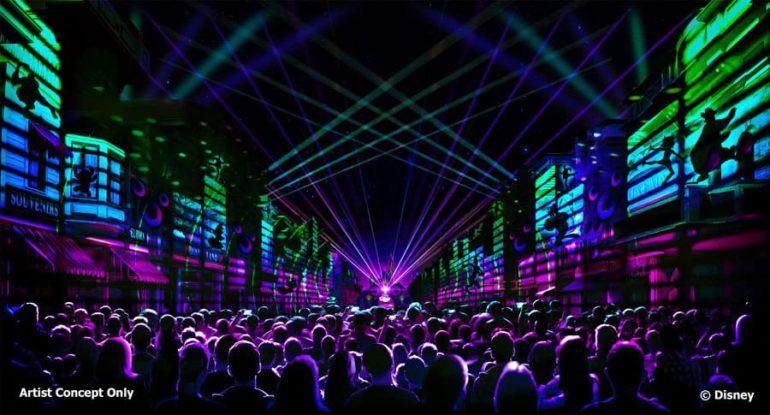 Confirmed today at Destination D, Mickey’s Mix Magic, the new nighttime fireworks and projection show we told you about a few weeks ago, is coming to Disneyland on January 18, 2019 with “all-new music, projections and lasers that set the scene for an epic dance party that takes over almost the entire park.”

Also sure to delight Disneyland fans, Mickey’s Soundsational Parade is set to return to Disneyland park in January 2019.

The parade will kick off with a new float with Mickey himself.

We first heard about the possibility of this parade returning back in August, when a casting call was published on Disney Careers.