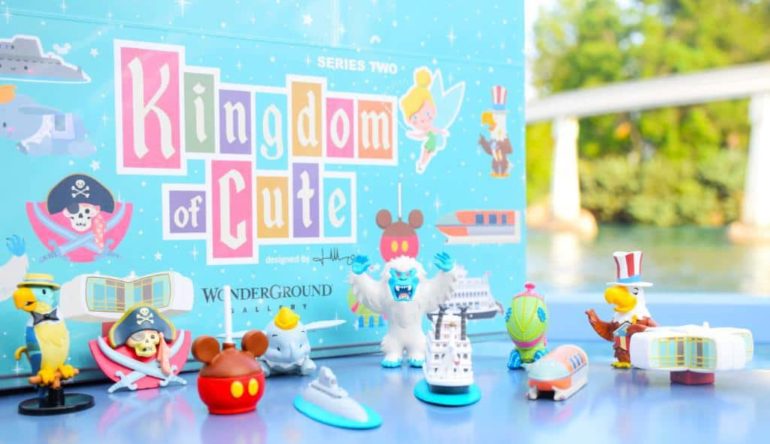 Icons from the Main Street Electrical Parade, Pirates of the Caribbean, Walt Disney’s Enchanted Tiki Room and more are getting the cute treatment from Jerrod Maruyama in Series Two of the Kingdom of Cute Vinylmation series.

The series hits store shelves today at WonderGround Gallery and Disneyana at the Disneyland Resort and at Marketplace Co-Op at Walt Disney World’s Disney Springs. As of the writing of this article, the series is listed at ShopDisney, but is currently sold out.

The series boasts twelve beloved park icons from the past and present:

Each figurine is blind-boxed and costs $19.99. This follows the previous series, released last year.