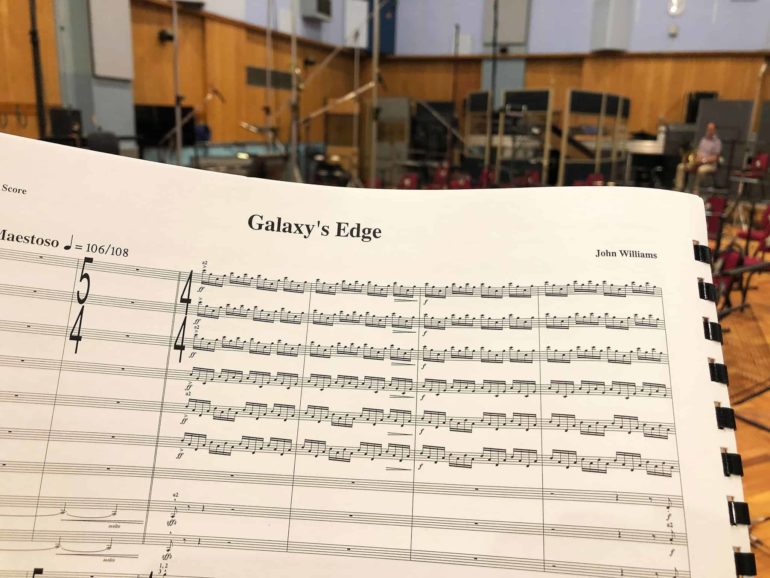 Earlier today we learned the name of two rides that will be featured at Star Wars: Galaxy’s Edge, and now we’re hearing our first snippet of the score that will be played throughout the land.

Earlier this year it was rumored that legendary composer John Williams, who wrote the score for the original Star Wars films, would team up with Michael Giacchino to provide music for the land.

Entertainment Weekly confirmed that Williams will provide an original score for Galaxy’s Edge and provided a preview of the music guests will hear when the land opens in Summer 2019 at Disneyland and later at Disney World.

The song will be the theme for Galaxy’s Edge, according to Entertainment Weekly, and was recorded at Abbey Road Studios in London.

It’s not clear if Williams’ score will also be featured in the new Star Wars hotel set to open sometime after Galaxy’s Edge.