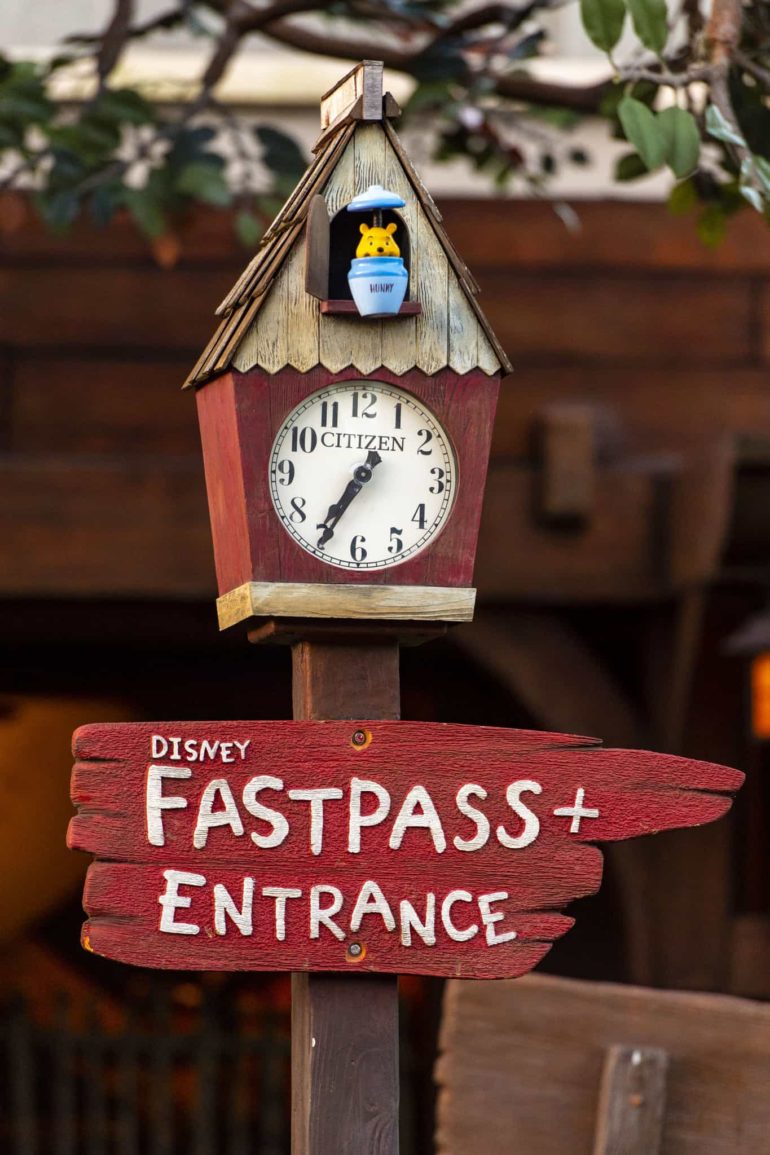 After announcing their strategic alliance in March of this year, Citizen and Disney officially unveiled the previously announced Citizen branded in-park clocks, which can be found in Walt Disney World Resort and Disneyland Resort.

An exciting moment in this collaboration is the unveiling of the newly branded Citizen in-park clocks featured throughout both Magic Kingdom Theme Park at Walt Disney World Resort and Disneyland Park and California Adventure at the Disneyland Resort including the two iconic clocks on Main Street U.S.A. All clocks showcase the Citizen logo along with whimsical designs that coincide with the lands and attractions in which they reside. Citizen, inherently connected to time throughout the theme parks, also sponsors the printed “Time Guides” providing all timely Parks information to attendees.Inside Magic Kingdom Theme Park, Citizen clocks can be found on Main Street U.S.A., at the Town Square Theater and at the Fastpass entrances for Dumbo The Flying Elephant, Enchanted Tales With Belle, Mad Tea Party, Princess Fairy Tale Hall, The Barnstormer, The Many Adventures of Winnie The Pooh, Under The Sea -Journey of The Little Mermaid, It’s A Small World, The Haunted Mansion, The Magic Carpets of Aladdin, Jungle Cruise, Pirates of the Caribbean, and Big Thunder Mountain Railroad. At the Disneyland Resort the clocks are featured on Main Street U.S.A., at the Fortuosity Watch Shop, on Mark Twain Riverboat dock, at the Haunted Mansion, and the Fast Pass entrance of Grizzly River Run.

Continuing the celebration of Mickey, Citizen launched its new Disney product with eight Mickey timepieces featured in two distinct sizes, 29.5mm and 40mm, all featuring the iconic Mickey figure. Three 40mm timepieces feature a flat mineral crystal case in all black with silver indexes, two of which are on a bracelet and the other, a black leather strap. Two of the styles feature black dials with matte and shiny Mickey silhouettes with his iconic red hue accented on both the hands and figure. The other style includes a silver silhouette of Mickey ‘chasing after time.’ The three remaining 40mm timepieces are offered on a black leather strap, black mesh band or silver mesh band. The dials are black with transparent Mickey print and face design details with spherical mineral crystal.

Citizen’s two 29.5mm Mickey timepieces feature a black dial with diamond accents and case and bracelet in either stainless or stainless steel with rose gold plating. The flat mineral crystal case is complete with a miniature Mickey face positioned at the 8 o’clock marker.Inspired by Citizen’s best-selling silhouettes, the entire collection ranges from $295 –$475 and will become available for purchase via citizenwatch.com at the end of March 2019.“

Since his big-screen debut in Steamboat Willie on November 18, 1928, Mickey has been the global ambassador for The Walt Disney Company and he embodies a positivity that reflects Citizen’s ‘Better Starts Now’ initiative,” says President of Citizen Watch America, Jeffrey Cohen. “We are proud to honor this iconic character on our new timepieces and continue celebrating moments like this as we build on our collaboration with the Disney brand.”To discover more about Citizen and its ongoing partnership with Disney, continue to follow at www.citizenwatch.com.