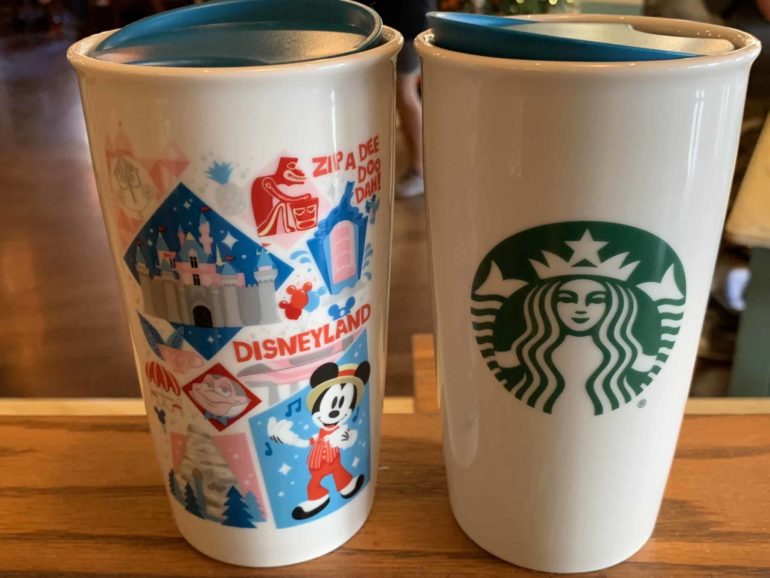 Two brand new Starbucks ceramic tumblers were released at Starbucks locations across Disneyland Resort in California today.  Both having very stylist, yet different themes, the two tumblers can be purchased each for $24.99.

The first tumbler blends influence from Splash Mountain with the phrase “Zip A Dee Doo Dah”, while also showing off the Sleeping Beauty Castle.  A singing and dancing Mickey also makes an appearance, as well as Mickey balloons in the background, among other icons.  The Starbucks logo can be found on the other side.

The second tumbler is styled after Disney California Adventure, highlighting Pixar Pal-A-Round, and Cars Land amongst the various designs  Mickey is holding up a newspaper with the quote “Hey Howdy Hey” above.  The Starbucks logo can also be found on the other side.

Each tumbler is exclusive to the park featured. Starbucks has been involved with releasing Mugs and Tumblers in the past, also including the “You Are Here” series.  Take a look at some of the previous articles that show other releases.