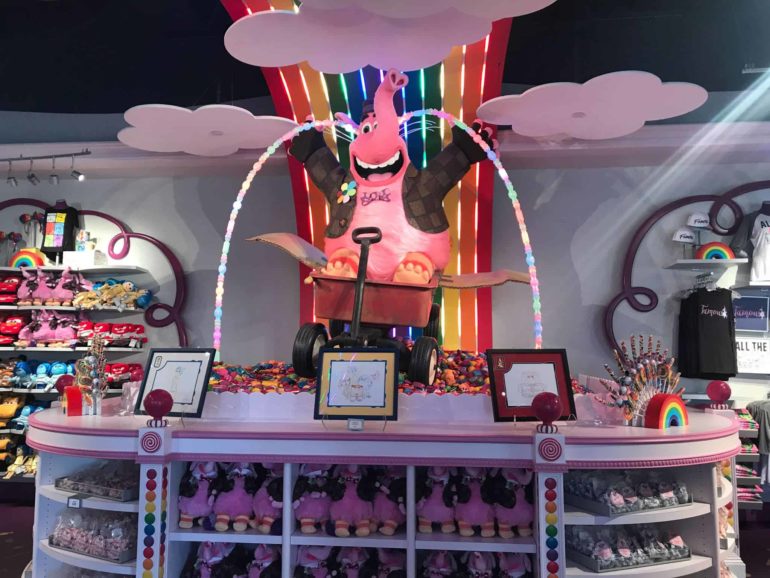 Finally, months after the opening of Bing Bong’s Sweet Stuff on Pixar Pier in Disney California Adventure, the Bing Bong statue has finally appeared in the shop. This comes after months fo guests staring at a wall that surrounded the display.

The statue features no movement, but it does play audio from the film and feature a lighting effect on his candy tears.