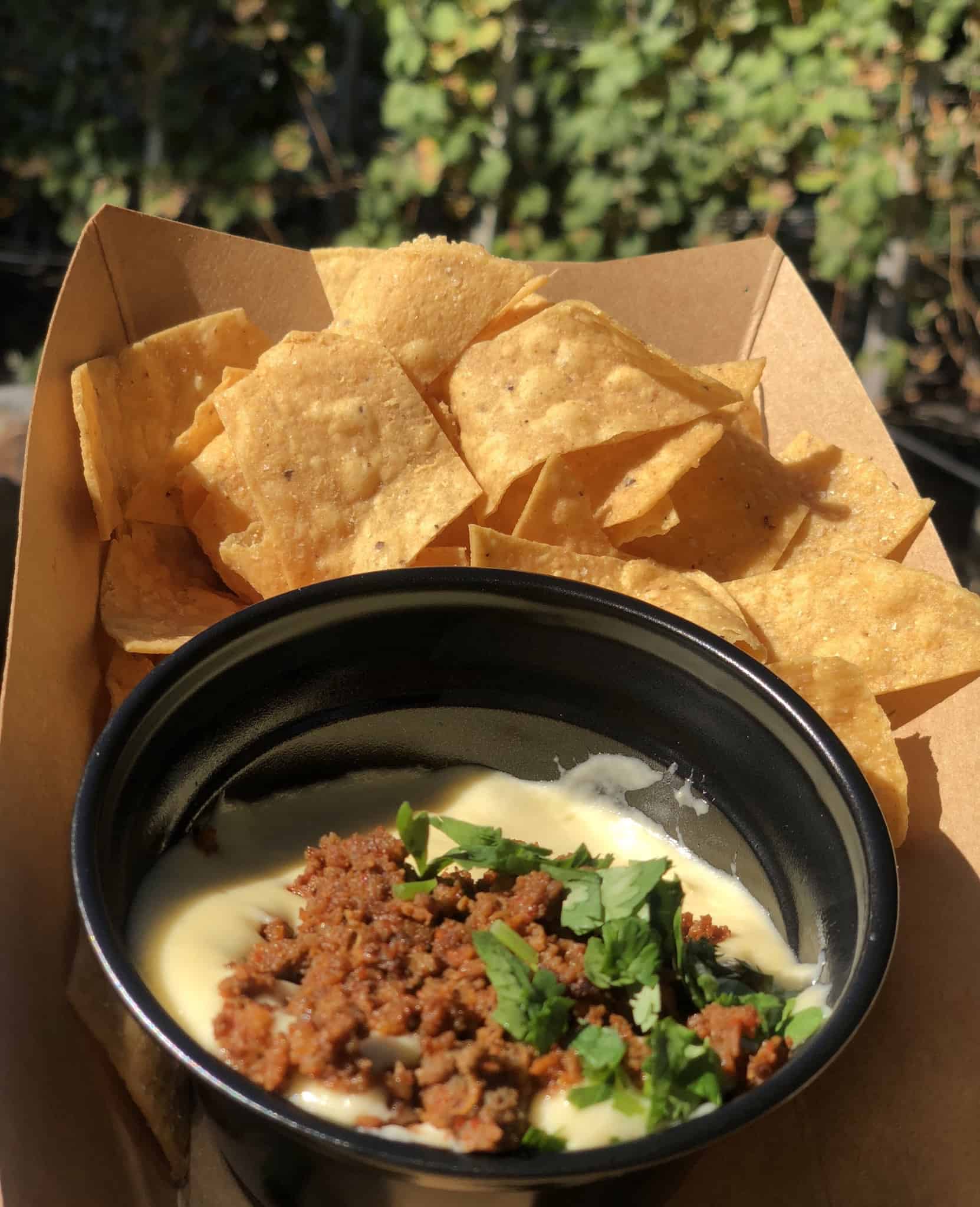 The Brews & Bites booth is the first booth you’ll see upon walking down the main corridor towards Pacific Wharf.  The booth claims “Frosh Beers and Good Cheer” under the title.  While this booth definitely delivers on the options of brews, adding “Bites” to the title is a tad bold with only one option, the Chorizo Queso Fundido.  Despite that this booth is always a hit and seems to constantly have a line of thirsty patrons throughout the Festival of Holidays.

This dish was returned from last year and it was easy to see why.  Coming from someone who grew up in Wisconsin my standards for cheese are quite high and this was delicious.  The texture was smooth and not greasy.  The chorizo broke apart easily so that it could be distributed throughout the bowl and added a subtle sense of heat, but not overwhelming.  The cilantro taste was a strong in some bites but could easily be left off if you are not a fan.  The only place this fell a bit flat was with the chips.  I wish it included the chips they use in the other Mexican restaurants at the parks that are heartier, but not a deal breaker by any means.  At $6.75 I would definitely pick this up to pair with my favorite beer.

We did not sample any of the beers but they are offering 12 different craft beers frosty from the tap from all different areas of the country.  They broke the beers into four different categories; all offered at $10.75.

There are two beer flights available for $14.50 including samples of four beers.  Cast members seemed knowledgable about the different types of beers offered.  There should be enough options to please even the pickiest beer drinker.  Cheers!