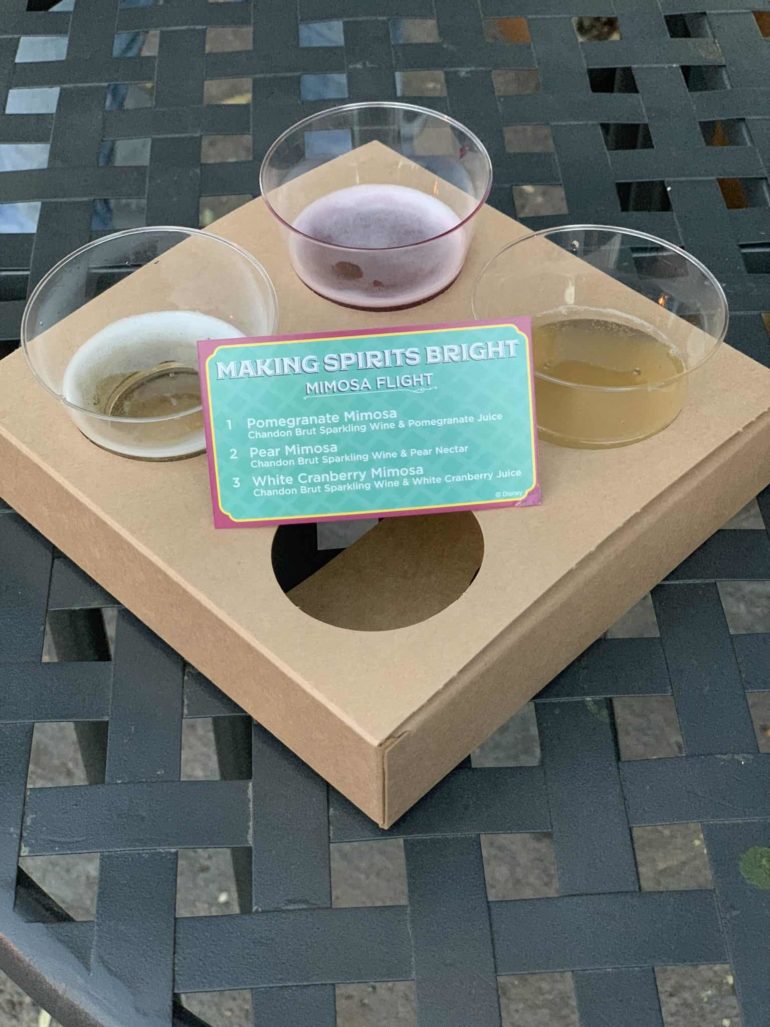 What’s not to like about a booth named “Making Spirits Bright” and offers a mimosa flight?

The Mimosa Flight consists of 3 flavors, Pomegranate, Pear, and White Cranberry, served in that order.

Both the drink tray and the card that they give you are numbered so that you can easily keep track of them.

The Pomegranate Mimosa is tart and flavorful.

The Pear Mimosa is made with pear nectar, instead of a juice, giving it a smooth and natural flavor and made it not too sugary. It was perfectly positioned between the Pomegranate Mimosa and the White Cranberry Mimosa.

The White Cranberry Mimosa is lightly flavored with only a hint of white cranberry. The dominant flavor in this mimosa is the sparkling wine.

Overall, the three mimosas are well balanced together and lend to a nice progression.

If you find you have a favorite, the mimosas are also offered individually for $14.00 a glass.

Festival of Holidays runs through January 8, 2019.