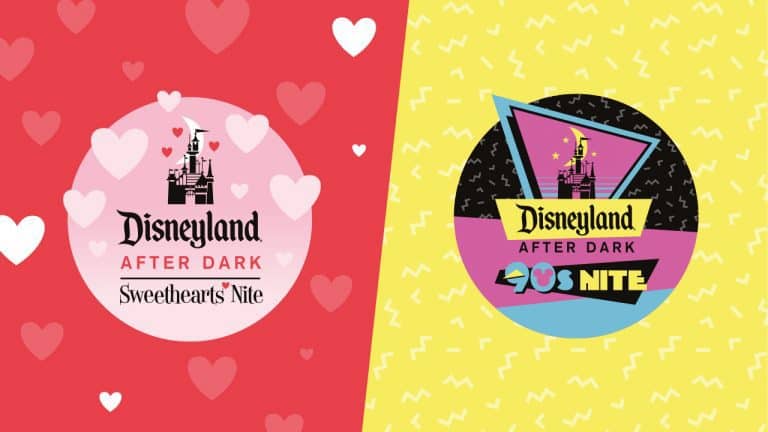 After Dark ticket holders are invited to enter Disneyland at 6 p.m. for “mix-in” park access directly preceding the event. Special character engagements and select attractions and eating venues will be available for event guests.

Disney has yet to spill the logistical specifics. For reference, last year’s Star Wars Nites ran from 9:00 p.m. to 1:00 a.m., again with mix-in access beginning at 6:00 p.m. The cost was $99 per person. Tickets were not required for children under 3 years of age. Parking was not included in the event price.

It’s a week early, but how and where better to celebrate Valentine’s Day than with your sweet special someone at The Happiest Place on Earth? Romance shall abound, certainly at the table service restaurants, the night of February 7. Here’s what’s in store:

Want your kids to finally see how awesome that decade you are endlessly referencing truly was? On March 7, bring the family to Disneyland park, then ditch them*, ’cause it’s the way we did things back then. The park will be simply psychedelic with the following:

*WDWNT does not endorse the ditching of your children, unless they are particularly obnoxious

Visit Disneyland.com for more details and pricing. Parking fees are not included in the ticket price. A limited quantity of tickets for both events will be available beginning next week: