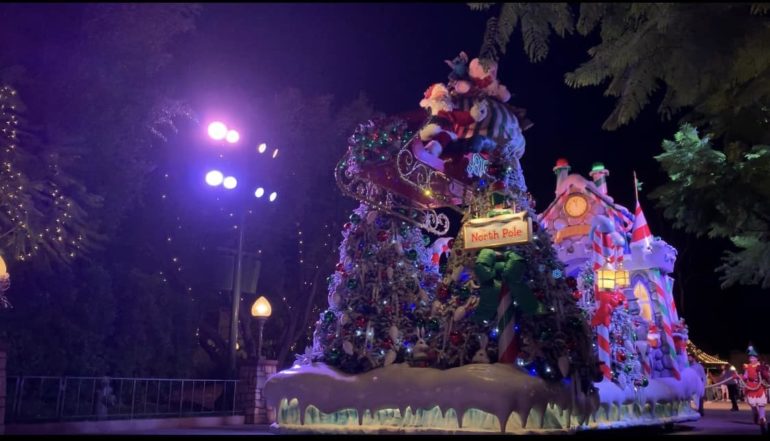 VIDEO: Disneyland’s ‘A Christmas Fantasy Parade’ Back For The Holidays

Disneyland has had “A Christmas Fantasy Parade” around for the holiday season since the mid-90s and this year is no different. Watch the first night’s run, on November 9th, of the parade ending its route near “it’s a small world holiday.”

Watch as Mickey and Minnie greet guests from Santa’s mailroom and the Princesses and their Princes wave as they pass by. This parade truly has something for everyone.

The parade has had some slight changes over the years. Characters come and go or change floats every now and then. This year, we are missing Winnie the Pooh and his friends that have been present in recent years. We found this strange since “Christopher Robin” just became available for purchase earlier this month. The parade is a long one, so be prepared with snacks if you plan to see it in person.

“A Christmas Fantasy Parade” runs twice a day at Disneyland through January 6th.