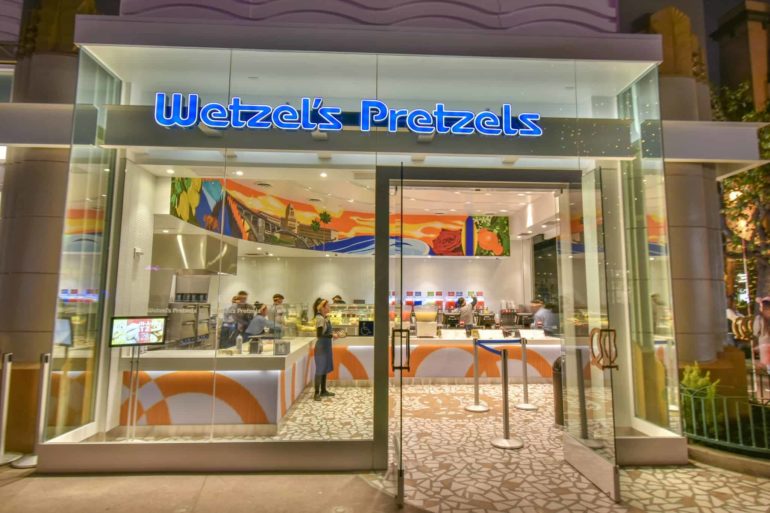 Wetzel’s Pretzels Back Open After Refurbishment At Downtown Disney

After extensive refurbishments and several locations closing and re-opening in the last year, Downtown Disney has gone through quite the change. Several businesses have been closed for construction and the latest opening, after refurbishment, is Wetzel’s Pretzels.

The new exterior looks similar to many other refurbished buildings, such as Napolini Pizzeria that just opened back up earlier this month. The new refurbishment has a sleek modern look with tall glass windows. Though there is still a lot of work to do, it is nice to see another open store front at Downtown Disney. Right next door to Wetzel’s, Ballast Point is set to open soon and on its other side, Salt and Straw opened in October. This corner of Downtown Disney looks like it will become a lot more lively very soon.