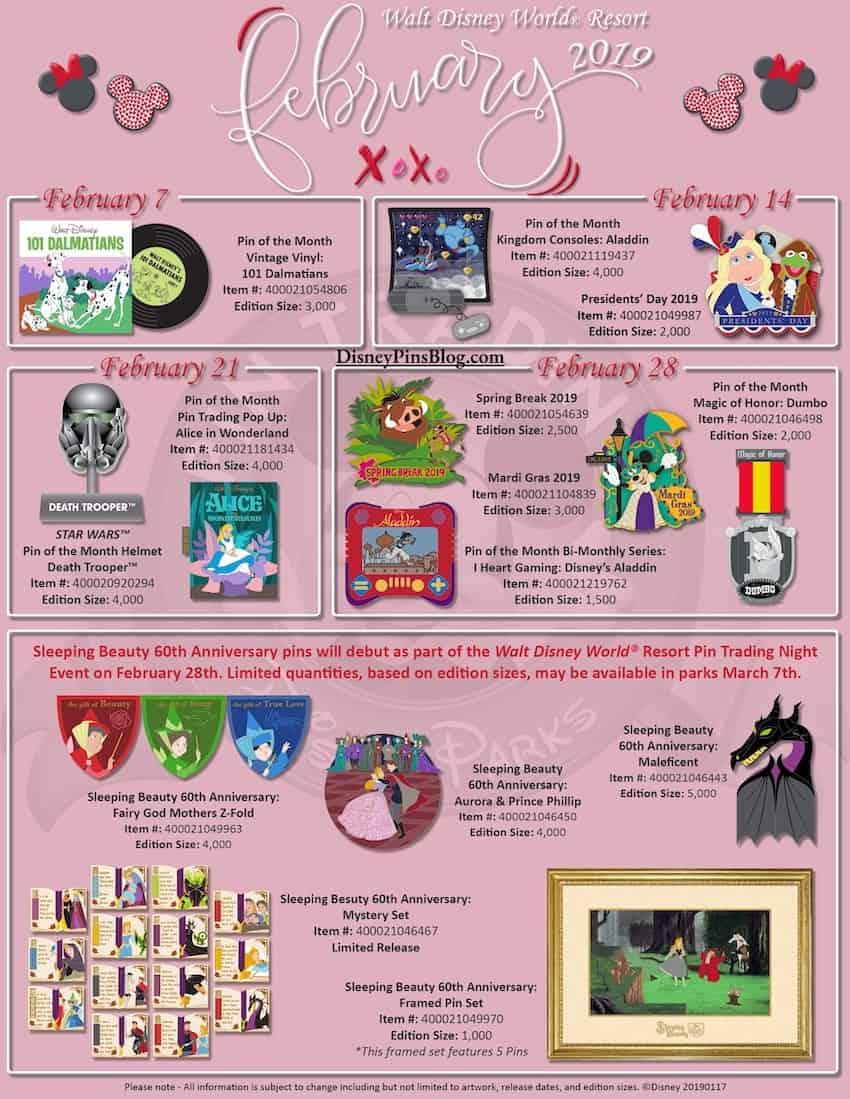 Pin traders might want to make some room on their lanyards for the new selections coming to Disneyland Resort and Walt Disney World Resort next month.

Both parks will have a pin honoring “101 Dalmatians,” which celebrated the anniversary of its release earlier this week, and will continue the “Kingdom Consoles” series with a pin showcasing “Aladdin.” An “I Heart Gaming” pin featuring Aladdin will also be released throughout the Walt Disney World parks.

Although the biggest holiday in February—Valentine’s Day—is not represented in the new releases, a pin featuring Kermit and Miss Piggy from “The Muppets Present Great Moments in History” honors President’s Day. A pin featuring Minnie Mouse celebrates Mardi Gras, even though that celebration won’t be held until March 5.

Walt Disney World is also preparing for the spring break crowds with a Timon and Pumbaa pin celebrating the annual week off for students across the country.

Collections at both parks will continue the celebration of the 60th anniversary of the release of “Sleeping Beauty” with a selection of pins that will only be available on Pin Trading Night. While the pins are largely the same on both coasts, Disneyland will feature an Annual Passholder exclusive pin featuring Aurora’s fairy godmothers decorating her birthday cake.

Any of the limited edition “Sleeping Beauty” pins remaining following the pin trading nights will be released in both parks as quantities allow.

REVIEW: Mickey’s Tea Party Celebration at Steakhouse 55 – Get Your Ears On at Disneyland Hotel