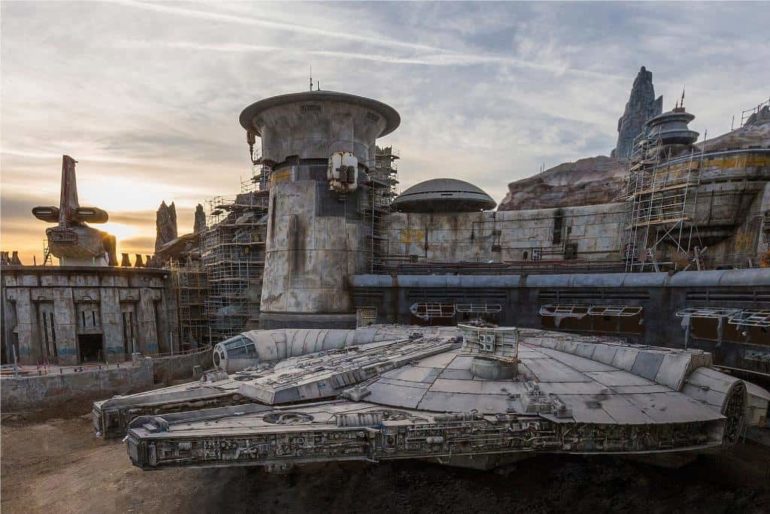 Fans who can’t wait to visit Black Spire Outpost on Batuu can read about it early in a new Star Wars novel.

The new book, Star Wars: Pirate’s Price, features the notorious pirate Hondo Ohnaka, who will be seen in the attraction Millennium Falcon: Smuggler’s Run. In an excerpt posted to StarWars.com, readers will notice that at least part of the novel takes place at the infamous outpost that guests will soon be able to visit for themselves at Disneyland and Disney’s Hollywood Studios.

The excerpt offers references to elements that have previously been revealed to the public and a`potential new detail. DJ Rex is briefly mentioned, while we learn that Ohnaka runs a company called Ohnaka Transport Solutions, a front for a smuggling operation. We can’t confirm that the company will actually appear in Millennium Falcon: Smuggler’s Run, but it does seem likely that it will play into the attraction.

The novel, written by Lou Anders and illustrated by Annie Wu, is part of the “Flight of the Falcon” series, showing the history of the famed ship from its creation on Corellia to its adventures in the Star Wars films. The novel also shows how Ohnaka met the infamous scoundrel Han Solo and his trusty companion, Chewbacca.