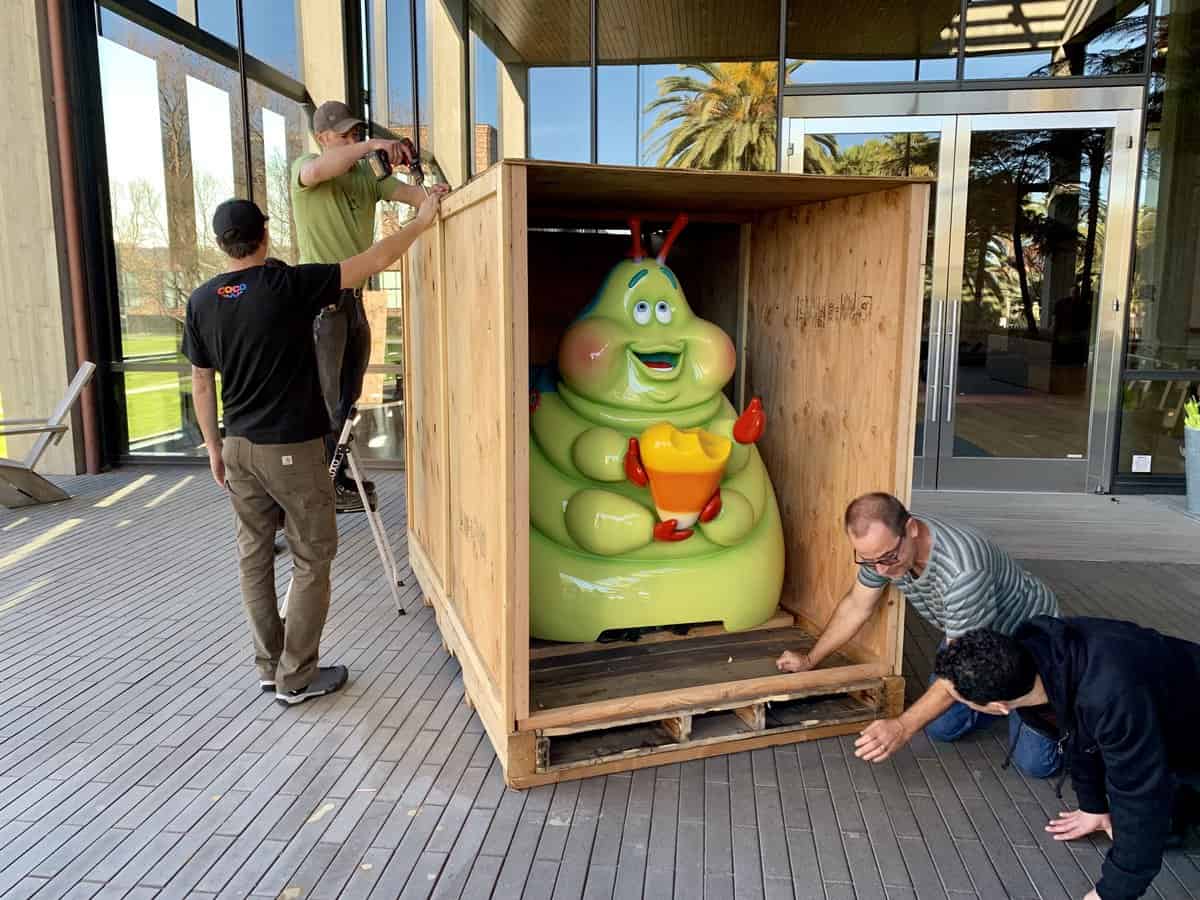 While he may not be chew-chewing his way through A Bug’s Land at Disney California Adventure anymore, Heimlich has found his forever home at the Pixar studios in Emeryville, California.

According to Pixar director Lee Unkrich, the front vehicle from a train will be on display on the studio’s campus. The attraction, starring the character from A Bug’s Life, opened in 2002 with the rest of the land and closed in September of last year to make way for a new land themed to the world of Marvel. (As previously reported, Unkrich announced his departure from the studio, effective February 15th.)

Heimlich was voiced by the late Pixar animator Joe Ranft, who passed away in 2005. His voice lives on at Heimlich’s Candy Corn Toss, a game at Pixar Pier, where audio recordings from the attraction are used.

“a bug’s land” at Disney California Adventure – A Retrospective