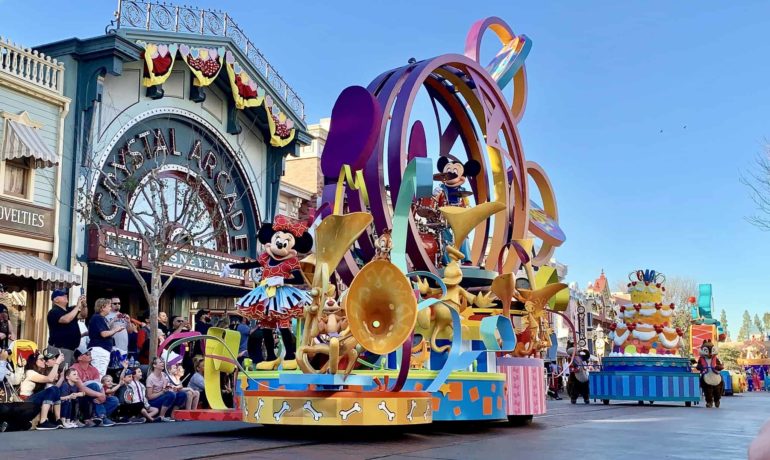 PHOTOS, VIDEO: Mickey’s Soundsational Parade Returns to Disneyland with New Floats for “Get Your Ears On”

Mickey’s Soundsational Parade is back at Disneyland Park for “Get Your Ears On – A Mickey and Minnie Celebration“.

The parade added a new float featuring Goofy pulling a giant, vintage Mickey Mouse toy. This float may seem familiar if you have ever seen the now-retired Happiness is Here Parade from Tokyo Disneyland.

Also new to the parade is a birthday cake float accompanied by Chip and Dale.

These were the first changes made to the parade since it debuted back in 2011.

Here’s a video of the parade’s return, it its entirety:

Who’s ready to feel the beat once more at Disneyland?