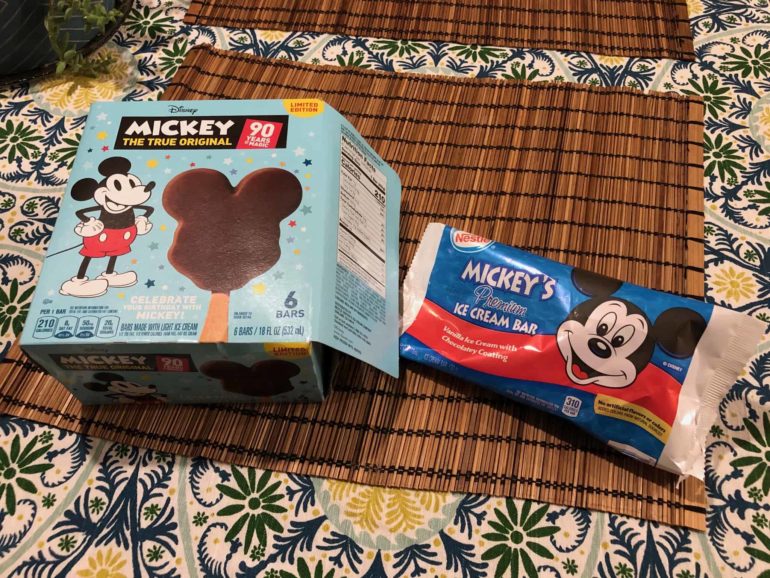 As we’ve previously reported, Mickey Ice Cream Bars have found their way out of the theme parks and into grocery stores to celebrate Mickey’s 90th birthday. But the big question remains – are these grocery store Mickey bars the real deal or just a theme park imposter?

Reporter and ice cream eater Nathan Hartman took on the tough task of answering that question.

We begin by stuffing a grocery Mickey bar in an insulated backpack with some ice and heading to Epcot for some on the spot taste testing.

With the test complete, it was time to look into why the inferior (though tasty) grocery bar was so different from the parks bar we know and love. Two points jumped out when reviewing the packaging.

Though the grocery Mickey bars are certainly tasty and, by the box, better on your wallet (a whopping $1.42 per bar compared to one for $5.75) there’s no denying that it’s a less robust experience.

Smaller in size and lacking that thick ice cream taste or bitter chocolate coating, it just can’t hold up to the theme park version. Then again, maybe its job is to hold you over till you can get the real thing and, for that, some will be grateful.