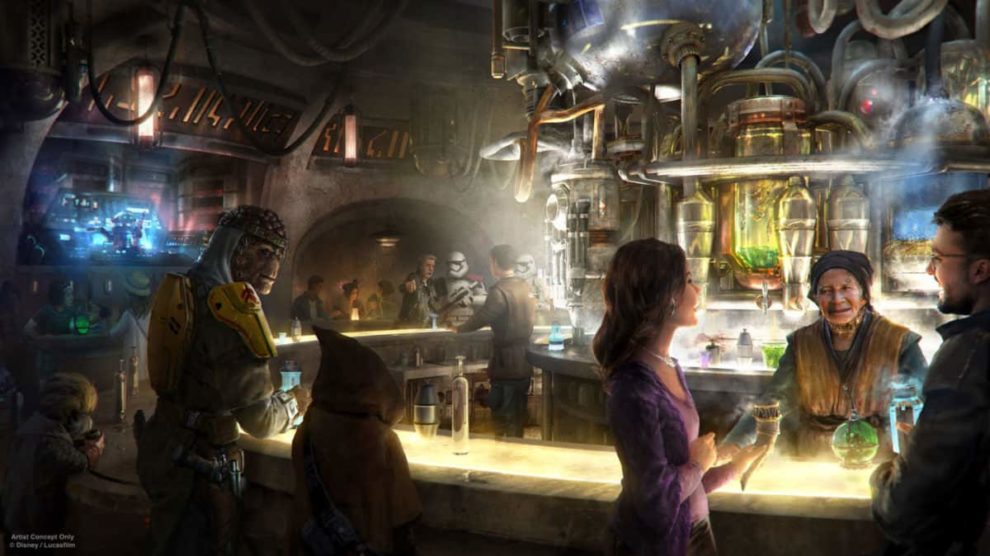 You’ll have to scarf down that pint of Galaxy’s Edge Ale if you want to go for a spin on the Millennium Falcon. Guests are getting curious about the galactic rules and regulations that will be in place once Star Wars: Galaxy’s Edge opens, and it appears that Oga’s Cantina won’t exactly be the lawless place fans know it to be. (After all, this is Disneyland.)

Hello, Rachel! At this time, Guests will be required to stay in Oga’s Cantina while enjoying alcoholic beverages.

In a tweeted response to a question regarding alcohol throughout the park, the Disneyland Annual Passholder account said that guests will be required to stay in Oga’s Cantina while enjoying alcoholic beverages. It isn’t much of a stretch, considering that this is the first time Disneyland will be actively selling alcohol in the park. As it stands, our sources indicate that Disneyland will only serve alcohol in Oga’s anyway, not throughout the land as Disney plans in Orlando.

We aren’t sure the same rule will apply over on the East Coast, given the prevalence of pop-up bar kiosks throughout Disney’s Hollywood Studios and the fact that drinking is already permitted throughout the park.

REVIEW: Banana Pudding Churro – Get Your Ears on Celebration at Disneyland Park