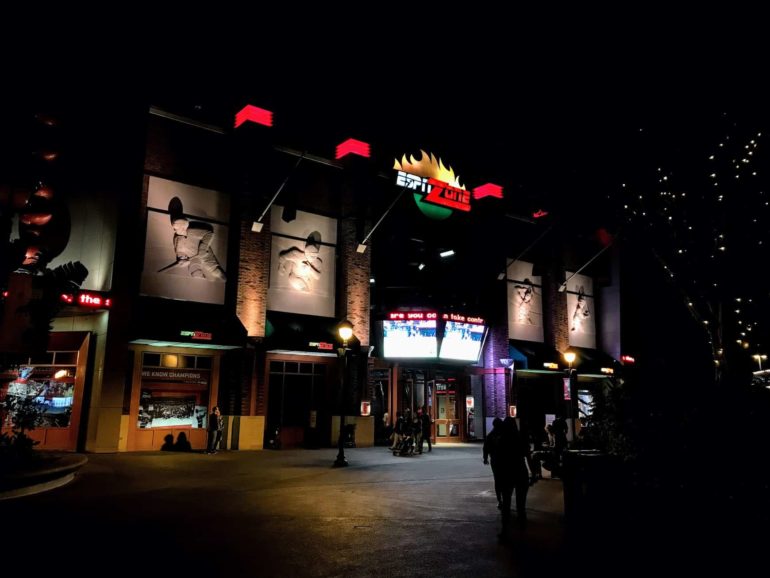 While the likes of Earl of Sandwich and the second Starbucks location have reopened at the Disneyland Resort’s Downtown Disney, it looks like ESPN Zone will not be returning… or at least, not for a while.

The City of Anaheim has issued a permit for “demolition of bar at interior with utilities to be capped.” Whether this is the first step in renovating the building for the restaurant’s return or for a new tenant has yet to be seen.

ESPN Zone closed June 30th along with several other tenants in preparation for construction of the Disneyland Resort’s fourth on-property hotel. Following a high-profile fight with the city, Disney formally cancelled the plans, and certain tenants have returned to operation.

While smaller, quick-service locations have reopened, we still haven’t seen any of the larger table-service locations reopen. The company behind Rainforest Cafe has already expressed an interest in returning to Downtown Disney, though to date, a return has yet to be seen.

Keep reading WDW News Today and Disneyland News Today as we keep you updated on the ever-changing landscape at Downtown Disney.