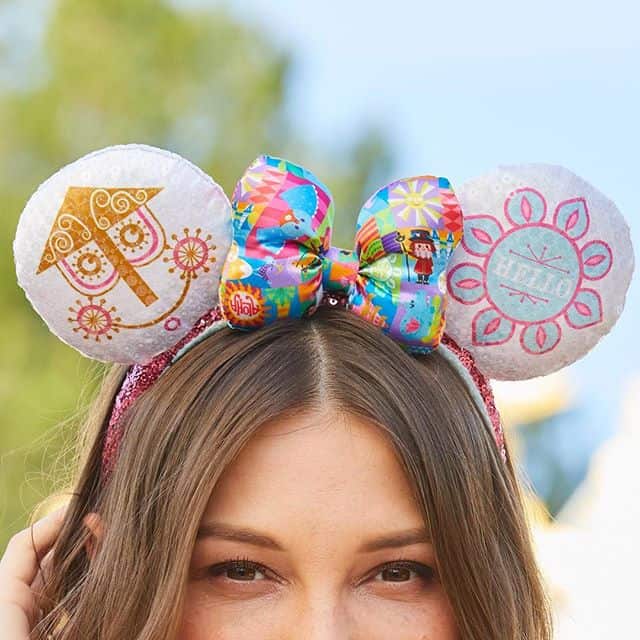 DisneyStyle has blessed our feed with some sunshine in the form of these adorable new “it’s a small world” ears.

blessing your feed with some sunshine✨☀️ bc these new ears are now available at @disneyland, and are coming soon to @waltdisneyworld!

The ears feature a glittery pink headband with sequined facade elements (clock face, flowery “Hello” sign) as the ears. The fabric used for the bow features the same pattern used in the blanket that was released this past week, a colorful cornucopia of cute faces and animals from the classic attraction.

While the ears are already available at Disneyland Resort, they’ll soon be cruising over to the East Coast and arriving in Walt Disney World. As with most ears, they cost $27.99.

The ears are part of the exceedingly cute new “it’s a small world” collection already available in the parks. Pins, mugs, and even a MagicBand themed after the happiest cruise that ever sailed were released this past week and we can’t get enough of it.