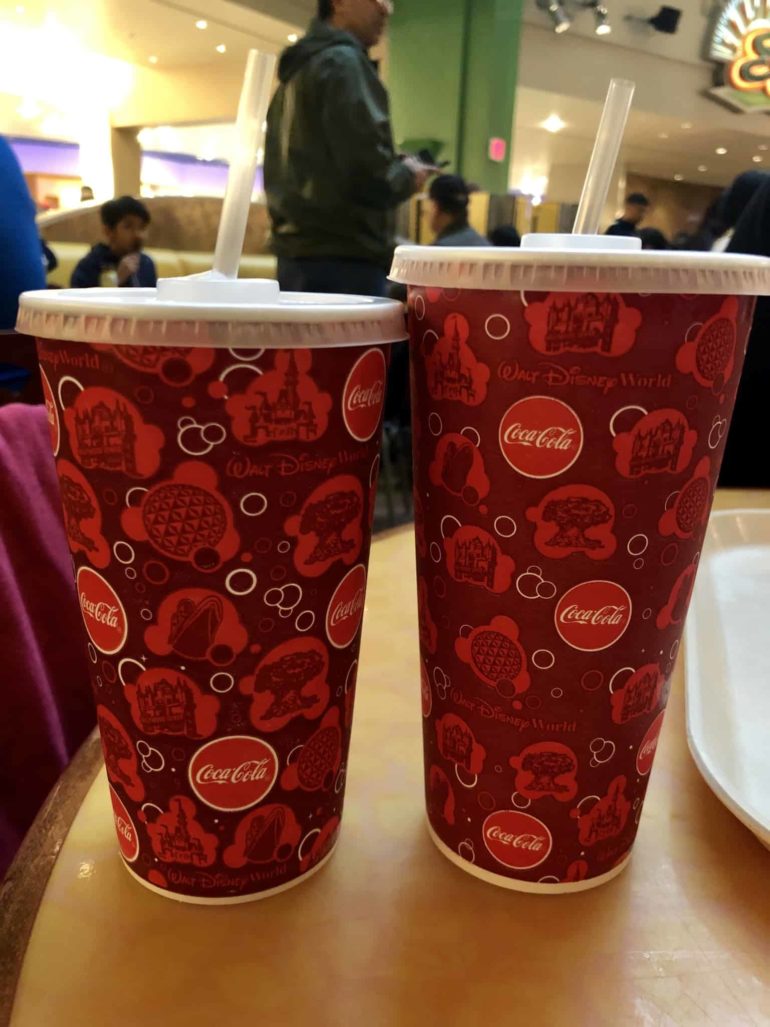 A few months ago, most Disney counter service restaurants stopped their wide distribution of plastic lids for drink cups. According to many cast members who work in custodial or at these establishments, this has led to more frequent drink spills by guests. To better combat the issue, Disney has switched to Solo produced drink cups that are a little sturdier than the old Dixie brand cups when they don’t have a lid on.

The new cups (right) are taller but thinner. The old cups didn’t really keep their structural integrity with the lids removed and the cup would buckle quite a bit more. The new cups from Solo are noticeably stronger and won’t crush as much when you hold them, even from the top.

The average guest may not notice, but anyone who has tried to carry drinks without a tray over the last few months will probably realize it the second the new cup is in their hands.

I for one appreciate the effort to improve the guest experience while staying on course with the company’s environmental initiative.

The new cups are now avialble at most Walt Disney World and Disneyland Resort counter service locations as of now.