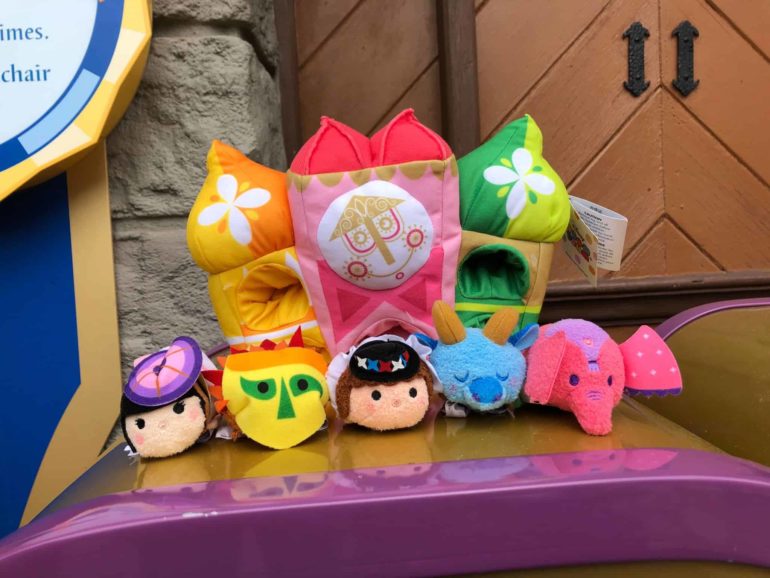 It’s been a hot minute since we last got a parks-themed Tsum Tsum set. Yes, a set of Fab 5 and Friends characters were released in full birthday regalia for Mickey and Minnie’s Surprise Celebration, but that was done with little fanfare… and it was certainly no Dreamfinder Tsum Tsum set. So today when we spotted this “it’s a small world” Tsum Tsum set, screams of joy may or may not have ensued:

The set includes five Tsums (normal size, not micro) and a full “it’s a small world” clock facade set to pop them into.

The set retails for $42.99 and while we found it at Chester and Hester’s Dinosaur Treasures in Disney’s Animal Kingdom, we’re hopeful the set will make its way to Fantasyland in Magic Kingdom… because theming, y’know?

Each Tsum represents a character from the classic attraction:

The Tsums are part of a larger “it’s a small world” collection that’s been slowly released to the parks and was just made available on shopDisney today!

Check out more of the collection here: