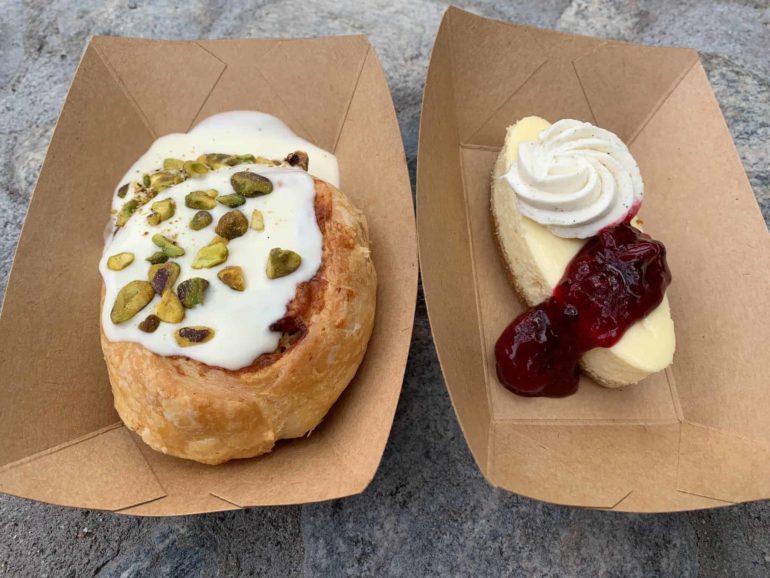 It’s that magical time of year once again when the Disney California Adventure Food & Wine Festival returns. Nuts About Cheese is back once more, but this year the menu has changed quite a bit. But is it as good as last year? Let’s find out.

This soup is so good. The soup is incredibly thick, cream, and basically tastes like straight up melted cheese.

The only issue is that the bowl itself isn’t deep. It’s deceptive in that it looks like you’d get a lot of soup, but you don’t. That’s our only complaint, really… but we would still get it again.

To be honest, the pinwheel was very disappointing. It’s incredibly difficult to cut, very dry, and ultimately hard to eat. The flavor is great, but it’s just too tough. The pastry must’ve dried out under the heaters.

The yogurt cheesecake comes with strawberry jam and vanilla-flecked whipped cream. It was good, but the piece was far too tiny for the cost. We don’t really think it’s worth it.