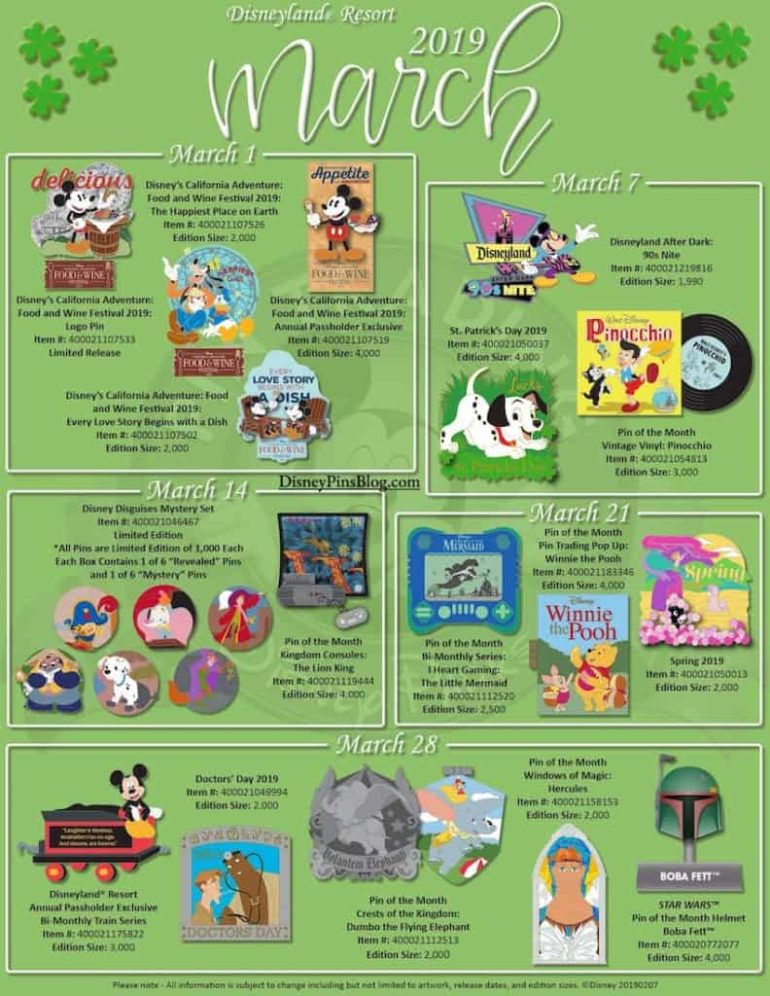 Disney Pin Collectors and Traders, clutch your wallets tight. Disney has shared a look at this month’s pin releases and it’s an incredible lineup of must-have pins with event-specific pins, new Pins of the Month, and holiday exclusives. Check them out below!

Among the pin releases available this month at Disneyland Resort are a set of Food and Wine Festival pins starring Mickey, Minnie, Goofy, and Donald; a very neon Mickey pin for ’90s Nite at Disneyland Park; a Dumbo “Crests of the Kingdom” pin; and an Annual Passholder Exclusive Train Series pin. Other standouts include the “I Heart Gaming” handheld pin featuring The Little Mermaid, and the “Disney Disguises” Mystery Set featuring your favorite Disney characters in alternative costumes. (We love that Cogsworth as Napoleon Bonaparte made it to this series.)

There aren’t as many unique offerings on the Walt Disney World side of things, but thankfully we’ll also get our pick of the “Disney Disguises” Mystery Set, The Lion King “Kingdom Consoles”, as well as this year’s St. Patrick’s Day pin, featuring Lucky from 101 Dalmatians. The Spring-themed pin from Fantasia is also amazing. The standout pin here is this month’s “Magic of Honor” celebrating figment and the Imagination! Pavilion. That’s one medal we’d wear with pride. Also, we still can’t get over that pin for Doctor’s Day featuring Milo and Dr. Joshua Strongbear Sweet from Atlantis: The Lost Empire.