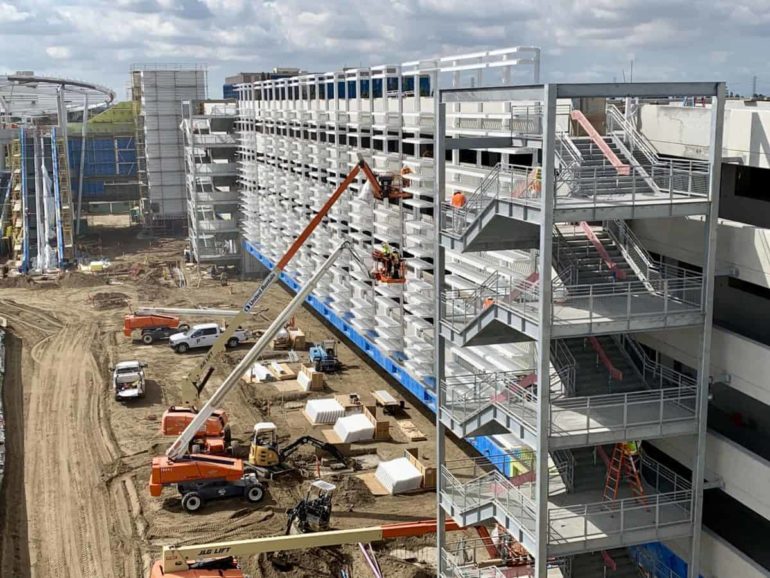 Earlier this week, we brought you updates on the refurbishment of Sleeping Beauty Castle and construction on the upcoming Parking Structure adjacent to Mickey & Friends. These are all a part of Project Stardust at Disneyland Resort, an effort to beautify the park and maximize guest comfort and guest flow, especially with the upcoming opening of Star Wars: Galaxy’s Edge.

Today, Disney has announced that the new parking structure will be named Pixar Pals, featuring familiar friends from Disney•Pixar films such as “Coco,” “Monsters, Inc.” and “Inside Out”: More than 5,000 parking spaces will be available within the structure’s six levels. It is set to open no later than the end of July, although hopefully sooner. The new structure will feature a new electronic parking system to expedite guest parking.

Other Project Stardust enhancements we’ve covered include the leveling of curbs and sidewalks in Disneyland Park’s Main Street, U.S.A.