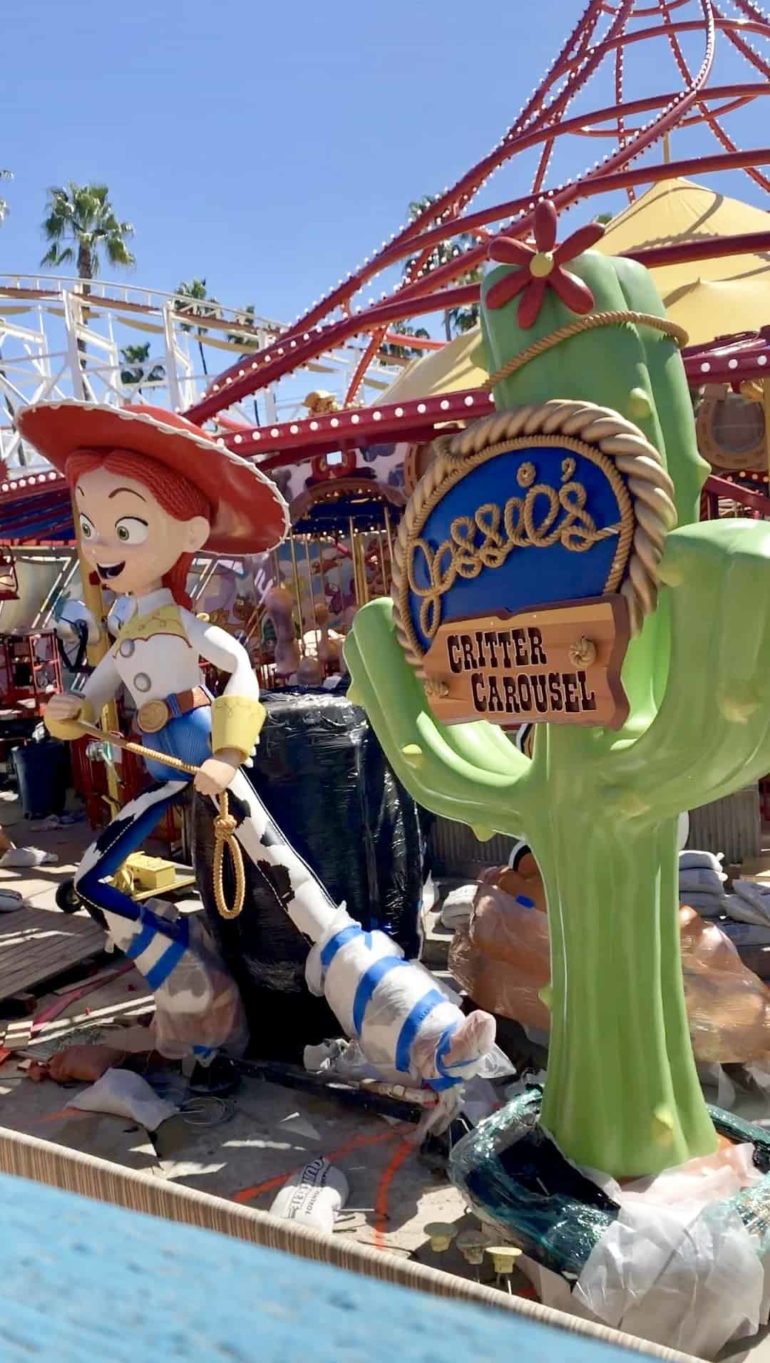 Just a few weeks after Disney announced Jessie’s Critter Carousel will be opening in April, we finally have a special sneak peek of the attraction to share.

With the announcement a few weeks ago also came the arrival of Jessie, the star of the attraction. She’s been peeping over the construction walls, awaiting the guests who will enjoy her carousel attraction when it opens next month. And now she’s been joined by a beautiful, flower-topped cactus that proudly displays the name of the ride.

She also has some new friends who have joined her in anticipation. The critters have been installed and testing has begun on the attraction. Guests may notice that the carousel spins on and off throughout the day. This testing will likely keep happening until opening day.

We hope this sneak peek of Jessie’s Critter Carousel tides you over until the opening day in April. It looks like we’re in for a yodeling-good time!