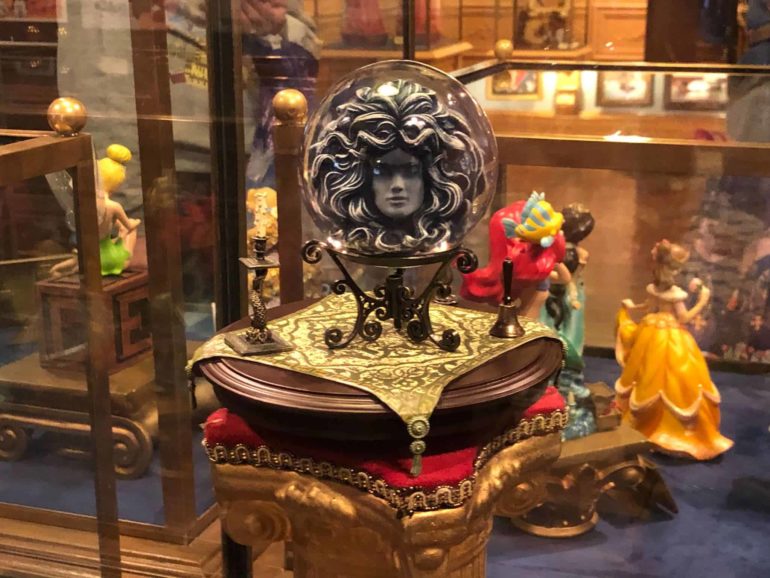 From “regions beyond,” to the Cave of Wonders, to the Pridelands, three new figurines have made their way to Disneyana at Disneyland Park.

Madame Leota, straight from The Haunted Mansion, is now available as a medium figurine. (With an emphasis on the medium. Get it?) This comes not long after a new line of Haunted Mansion merchandise was launched in Disney Parks.

For those who like their genies animated (and not looking like a weird CGI-Will Smith hybrid), there’s a figurine for fans of the Aladdin character. It’s a wish come true!

Hakuna Matata! Timon and Pumbaa grace this figurine with a bountiful bug buffet. For those who also like a sip-able souvenir, a sipper themed to The Lion King also launched in the parks recently.

All three of these figurines retail for $130.00. And if you’re hoping to see these on the East Coast, you’re in luck! WDWNT has learned that these figurines will be coming soon to the Walt Disney World Resort.

What characters would you like to see in figurine form next? Let us know in the comments below!