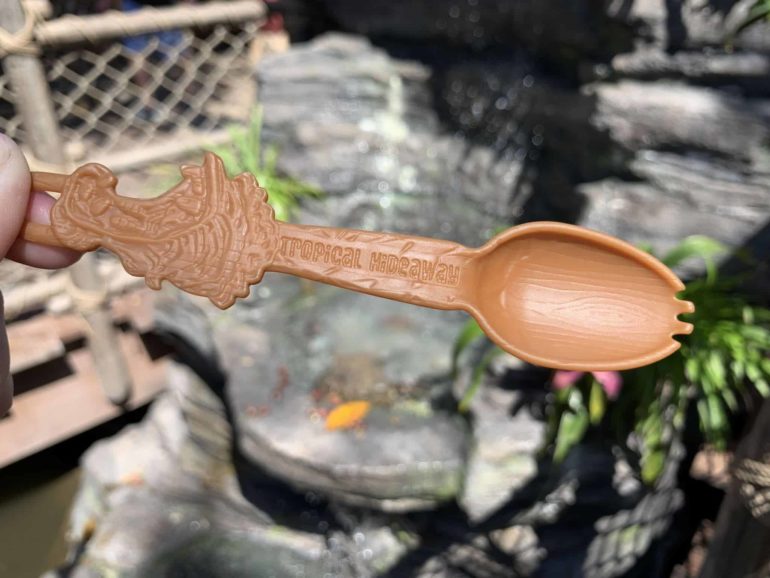 Making its big debut at the Tropical Hideaway this week is the new Souvenir Hippopotamus Spork! This is the second spork in a series of four to be released at the new Adventureland restaurant. And we love the nod to the infamous hippos on the Jungle Cruise attraction.

Thanks to the Skippers aboard the Jungle Cruise, we know that Hippos are only dangerous when they wiggle their ears and blow bubbles. So these sporks appear to be safe to use. There is a limit of 5 sporks per person and they can be purchased at the Chambeshi Cashbox for $2.99.

This Souvenir Hippopotamus Spork at the Tropical Hideaway follows the Souvenir Pirhana Spork, released last December. Any guesses which animals from Jungle Cruise will be featured on the next two Souvenir Sporks?