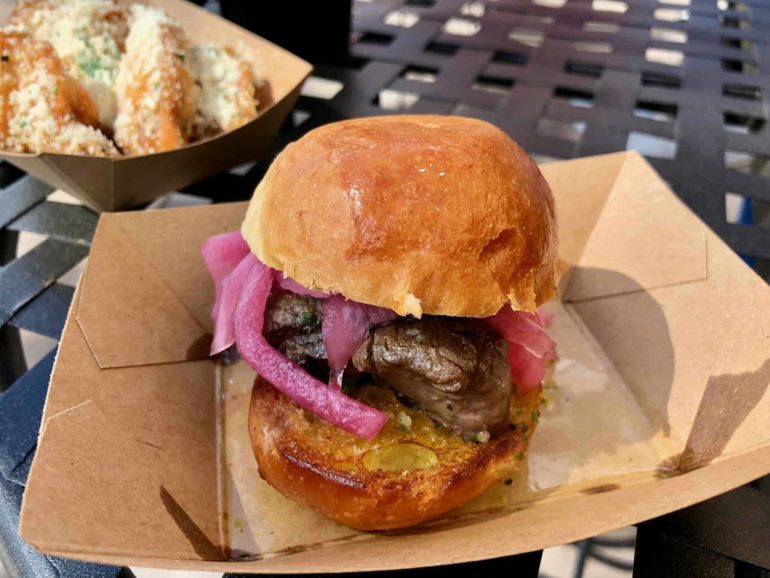 It’s that magical time of year once again when the Disney California Adventure Food & Wine Festival returns. Cluck-A-Doodle-Moo is back this year, with the same hilarious name.

For another year in a row, the cost of this slider increased, but not the portion size. While it still tasted as good as we remember, we were disappointed to see that it went from originally costing $7.75 to now costing $8.50. Granted, they have added some toppings to the burger, but we still think the price increase is too much.

Once again, we love that there were four fairly sizable wings in the dish, making the value better than that of the burger. But we’re still put off by all of the flavor combinations. We’re happy to see they dropped the beer flavor from last year, and stuck to just salt, vinegar, and parmesan. This makes for a slightly better combo.

In case you needed another beer flight than the ones being offered at California Craft Brews, then this one should do the trick. We like the variety of beers that are offered in this flight, but they might suit someone with a wider palate.

And for the kiddos or designated drivers, this non-alcoholic drink is the one to go for. The watermelon lemonade makes you feel like you’re sipping on a cocktail without the downside of feeling woozy at a Disney Park.