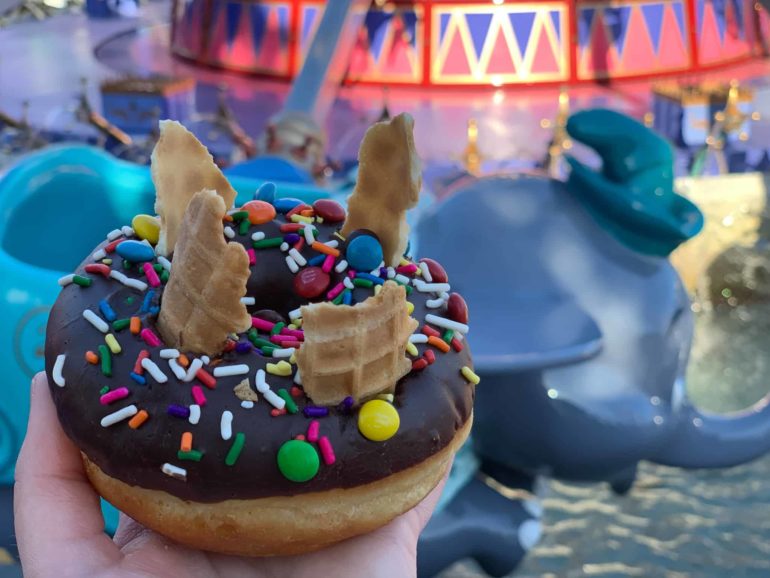 A new Circus Donut has made its debut at the Coffee cart near Central Plaza in Disneyland Park and we got to taste it! Check out what we thought of this new fried and glazed treat.

The Circus Donut is a plain donut with chocolate icing, sprinkles, mini M&M’s, and waffle cone pieces. While it is a fun-looking donut, it’s sadly pretty standard.

It doesn’t begin to compare to some of the other elaborate creations that have been previously featured at this donut cart, such as the Dole Whip Donut, or the currently still-available Chocolate Mickey and Strawberry Minnie Donuts.

The donut itself is good, very light and fluffy. The chocolate icing, sprinkles, and mini M&M’s are pretty much what you’d expect. The waffle cone pieces, which could have made the donut a bit more interesting, were a bit chewy and stale.

All in all, it was a fine donut, but pretty standard and something similar could be gotten at many donut places outside of Disneyland.  If you are going to pay the Disney premium for a donut, why not try one of the more creative and elaborate ones that they offer up at the same cart?