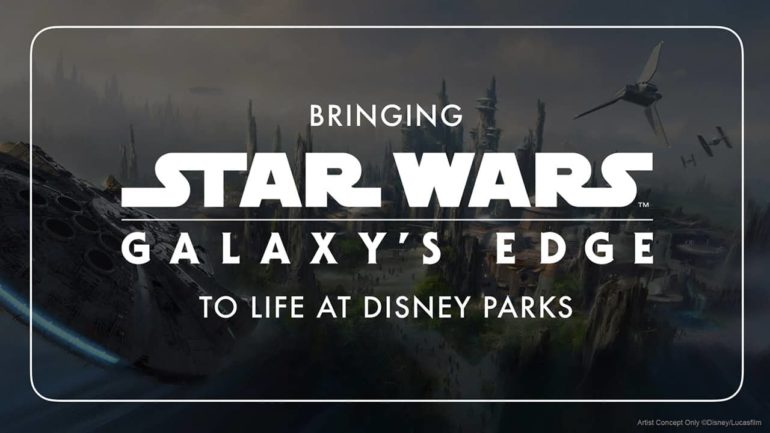 The panel, titled “Bringing Star Wars: Galaxy’s Edge to Life,” will host a team of Walt Disney Imagineers and Lucasfilm staff that worked on this highly-anticipated land. During the panel, they’ll discuss the stories about how such an ambitious land was thought up and made, as well as share insight as to how guests will be able to create their very own Star Wars stories when they get to visit the land. Of course, guests attending the panel can also expect a few surprises, too.

Star Wars Celebration Chicago takes place April 11-15 at McCormick Place. During the event, we also know that EA games will be showing off Respawn Entertainment’s Star Wars Jedi: Fallen Order for the first time, so stay tuned for more Star Wars. For more information about the event and tickets, visit StarWarsCelebration.com.

FastPass+ Will Not Be Initially Offered for Rise of the Resistance Attraction in Star Wars: Galaxy’s Edge