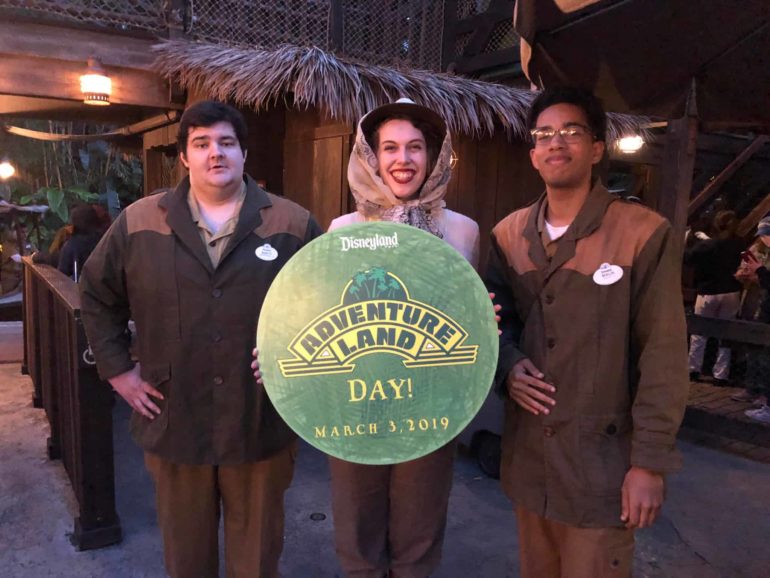 With the rise of Dapper Days and Disney Bounding, it was a matter of time before enthusiasts of all kinds rallied together to create themed dress-up days that celebrate their niche interests. You may have heard of Bats Day (goth dress), Steam Day (steampunk), or Gay Days (LGBTQ pride). Enter the newest unofficial Disney day: Adventureland Day.

In 2018, tiki and Disney fan Tiki Tony allied with fans on both coasts to create a day dedicated to the love of all things Adventureland. “Adventurelanders,” as they call themselves, dress up in colorful tiki garb, drab safari gear, and Indiana Jones themed attire and make themselves at home for a full day in the parks’ leafiest realms.

For the second year running, Adventurelanders follow a pre-set schedule which suggests times when they all will ride particular attractions in the park. Imagine seeing dozens of Jungle Cruise boats full of explorers dressed in safari clothes leaving one by one into the jungle. Or Enchanted Tiki Room Shows filled to the max with excited explorers ready to croon along with the flowers and birds.

Participants may also download a puzzle from AdventurelandDay.com which takes them to areas around the park in search of clues. The clues lead to a location somewhere in the park where they can pick up a special prize designed specifically for the event by Tiki Tony. The facilities culminate with a group picture and a round of drinks at Trader Sam’s.

Follow the fun on social media: #AdventurelandDay. Not looking to dress up? Check out these neat Adventureland tees that were just released at Disneyland Resort and Walt Disney World Resort!