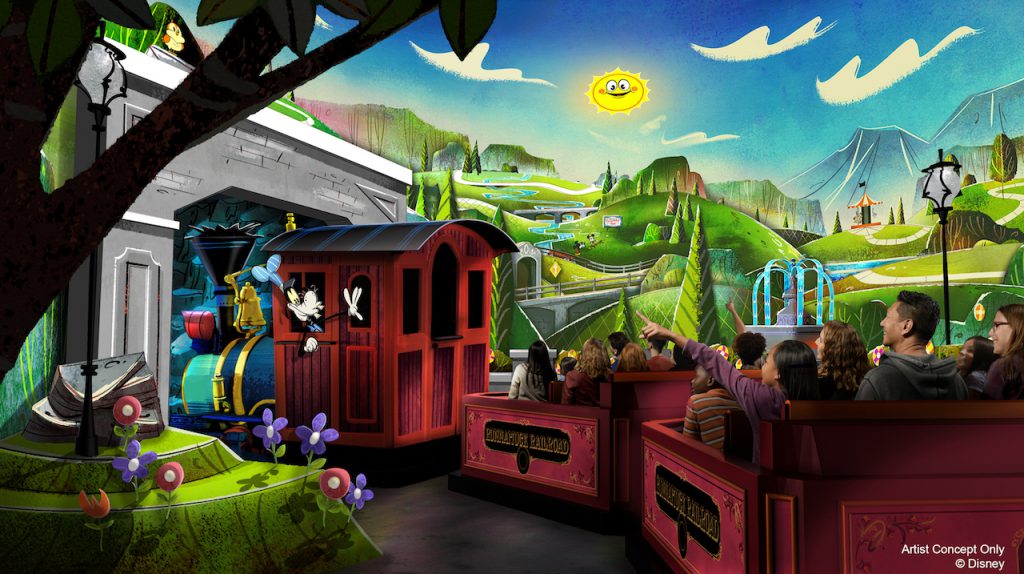 Earlier today, when Josh D’Amaro, President of Disneyland Resort, took to social media to share this adorable photo of Mickey, Minnie, and him perusing Toontown blueprints, we knew something was up. We broke this story a few months back, but Disney has now offered official confirmation

And we were right. Disney has just officially announced soon that the ride will also be coming to Mickey’s Toontown at Disneyland Park in Anaheim, California. This will be the park’s next big addition following the opening of Star Wars: Galaxy’s Edge in the Summer of 2019. Disneyland park guests will be able to step into a cartoon world and join Mickey and his friends on Mickey & Minnie’s Runaway Railway, coming to Mickey’s Toontown in 2022!

This first major Mickey-themed ride-through attraction at Disneyland park will put you inside the wacky and unpredictable world of a Mickey Mouse cartoon short where anything can happen! Once you step into the cartoon world of Mickey and Minnie, you’ll board a train with Goofy as the engineer. Then, one magical moment after the next leads you to a zany, out-of-control adventure filled with surprising twists and turns.

If you want to learn more about the upcoming Mickey and Minnie’s Runaway Railway, check out our breakdown of every scene in the ride.

Now that it’s been officially confirmed, how do you feel about the upcoming attraction?