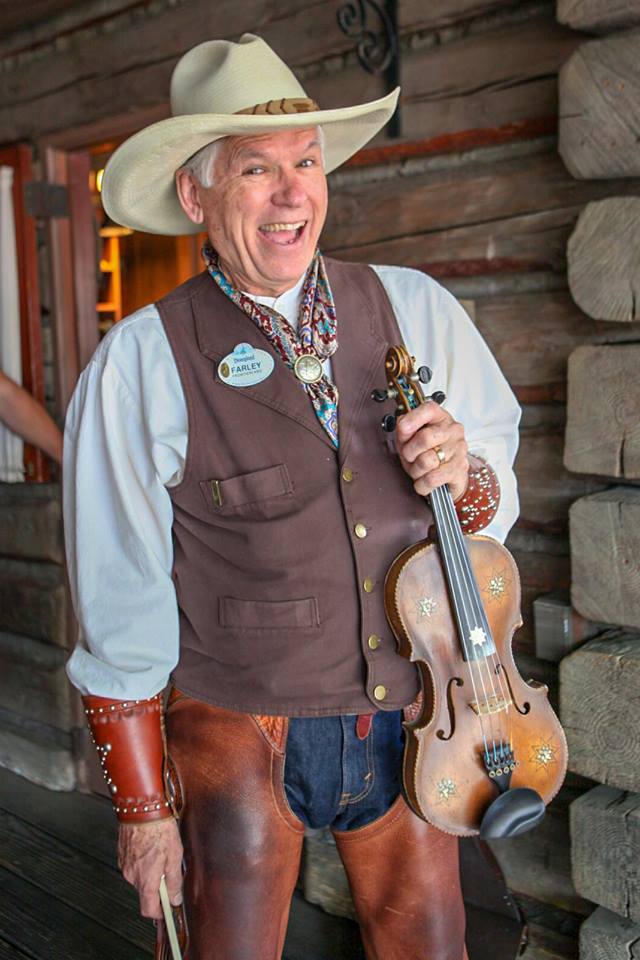 Farley the Fiddler to Give Final Disneyland Performances on May 27th

A long-running Disneyland performer has set the date for his final performance.

Farley the Fiddler, known for his fiddle and clogging performances near Pioneer Mercantile in Frontierland, has announced that his final day at Disneyland will be Memorial Day, Monday, May 27th. He will be performing five shows throughout the day.

Farley, whose real name is Gary Francisco, started performing at Disneyland in 1986, and has performed at Splash Mountain, Frontierland, and Big Thunder Ranch over his tenure. His high-energy performances have captivated guests for 33 years. He was filmed performing his signature song, “Turkey in the Straw,” for the souvenir video “A Day at Disneyland.”

While Project Stardust looks to bring the tradition of the park into the future, Farley’s departure is a loss to the overall character of Disneyland. We wish Farley a very happy retirement as he rides off into the sunset.

Keep reading WDWNT and Disneyland News Today for updates on all the entertainment options at the Disneyland Resort.

Reservations for Star Wars: Galaxy’s Edge at Disneyland Open to Public on May 2nd