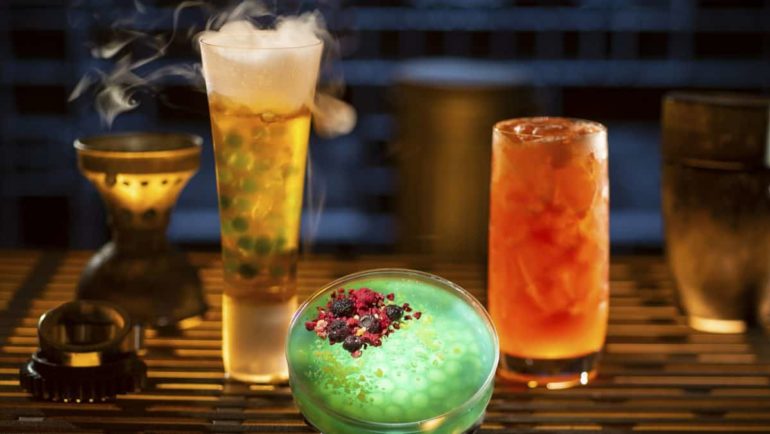 “Let me offer you a drink. Toniray, an excellent vintage. A wonderful year. Sadly, one of the last.” ―Rinnrivin Di

With Star Wars: Galaxy’s Edge opening up in just a matter of months, the anticipation sure is building up. Sure, everyone wants to know about the merch and the attractions, but there’s a special subset of adults that just really want the scoop on space booze. (And after hours waiting in the summer heat just to get in, who wouldn’t want some galactic ale?)

Well, according to an exclusive from The Blast, Lucasfilm (a subsidiary of Disney) recently filed multiple trademark applications for nine alcoholic beverages that will be served throughout Star Wars: Galaxy’s Edge (in Disney’s Hollywood Studios) and specifically Oga’s Cantina if you’re in the Disneyland location.

If you follow Star Wars canon, you’ll recall the bubbly, teal-colored Toniray wine of Alderaan. Which of these are you looking forward to most? Just remember that you’ll have to glug it down before you leave Oga’s Cantina and head out on your next mission.