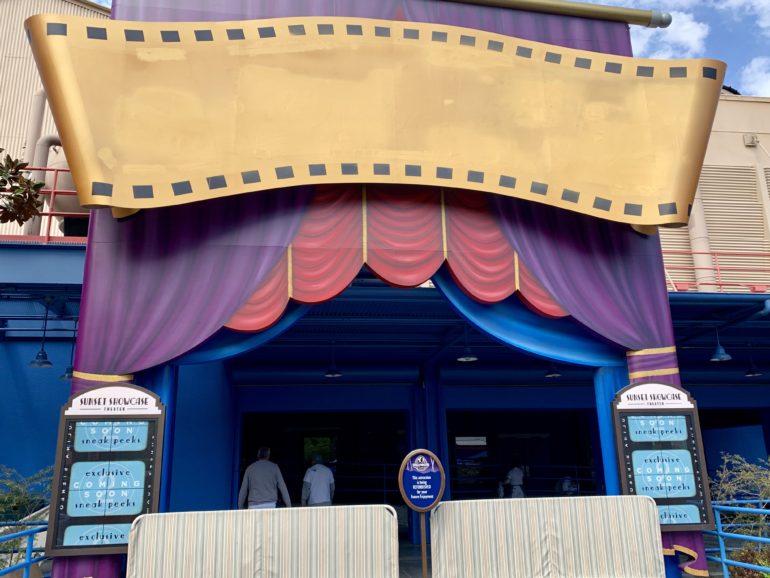 Another week, another trip to Disneyland Resort. After the intense crowds in March, April has truly been an enjoyable month of lighter crowds and shorter wait times. Here are the latest updates and happenings at Disney California Adventure.

With the Red Car Trolley closed for refurbishment until 2020, the Red Car Trolley News Boys continue to make an appearance throughout the day with a modified show. It does have a different feel without the Trolley in the show, but we appreciate that we can still sing along to “A Suitcase and a Dream.”

Over in Julius Katz & Sons, we spotted a few new ornaments on the shelves, including Prince John and Sir Hiss, Dodger and Oliver, and the three Aristocats. You can purchase these animated character ornaments for $24.99 each. It’s never too early to think about the holidays, right? Especially with the new Disney California Adventure Halloween announcement.

Speaking of cats, this new Goose Maneki is on sale for $22.99. Perfect for Captain Marvel fans and cat lovers alike.

The Disneyland Resort recently released several new animated character mugs. And it appears we can add two more to the list. The Pua and Rainbow Unicorn mugs are available for $22.99.

Don’t forget to pick up a treat on your way out of Julius Katz & Sons. We love this adorable, seasonal Briar Rose Gold cupcake for $5.99.

The crowds in April have been much lighter than they were in March. Certain areas of Disney California Adventure, like Hollywood Land, haven’t been as congested.

Further into Hollywood Land, near Guardians of the Galaxy –– Mission: Breakout!, this construction does cause a bit of a disruption to the flow of traffic. It’s not evident what sort of work is taking place, but we’ll be sure to update when it’s done.

Back in March, we announced that the Walt Disney World attraction Mickey’s PhilharMagic would be coming to Disney California Adventure sometime this month. The attraction will call the Sunset Showcase Theater in Hollywood Land home when it opens. Previously this theater was occupied by Muppet*Vision 3D, Frozen Sing-A-Long Celebration, and various Disney movie sneak peeks.

Cast Members are hard at work transforming the area, including cleaning and touching up the paint on the railings.

Previously, guests could board the Red Car Trolley in this area by Guardians of the Galaxy –– Mission: Breakout!, but once again the attraction is now closed until 2020. Guests can catch a glimpse of the construction taking place where the new Marvel-themed Land is set to be. If you’re waiting in line for Mission: Breakout!, you’ll certainly hear the work being done behind those Stark Industries walls.

At the other entrance to Marvel Land, across from Wine Country Trattoria, a huge crane is visible. This area formerly held the It’s Tough To Be A Bug! attraction and will become home to the new Spider-Man ride when construction is complete.

Rita’s Baja Blenders is still closed for refurbishment and not much has changed from the outside. However, we did hear people hard at work on the other side of the walls and scrim.

Mr. Potato Head was a welcome sight on Pixar Pier today, after being under refurbishment on and off for the last couple months. Likewise, the light crowds as we made our way through the Pier were great, too.

Not too many guests were playing the boardwalk games. This is a nice perk, especially if you’d like less competition for the grand prize at Wall-E Space Race.

With Jessie’s Critter Carousel open, Inside Out Emotional Whirlwind is the last part of Pixar Pier that needs completion. Be sure to check out our post detailing everything that’s going on behind those purple walls.

Silly Symphony Swings closed in early March for refurbishment and the attraction is still down.

Based on what we can see from Pixar Pal-A-Round, the main base and swings are still missing. But it looks like crew members are working on reinstalling the attraction.

The atmosphere around Paradise Gardens Park is pretty calm now that Food & Wine Festival is coming to an end soon, on April 23. Throughout March, this area was very congested. Even the line for The Little Mermaid – Ariel’s Undersea Adventure was long enough to extend down onto the walkway. But today, the line is short enough that guests can almost walk right onto the attraction.

We couldn’t leave the Park without first saying hi to Pluto. You can find him greeting guests near Soarin’ Around the World.

Those are all the updates we have on Disney California Adventure today. Be sure to keep up with us on Twitter and Instagram, too.