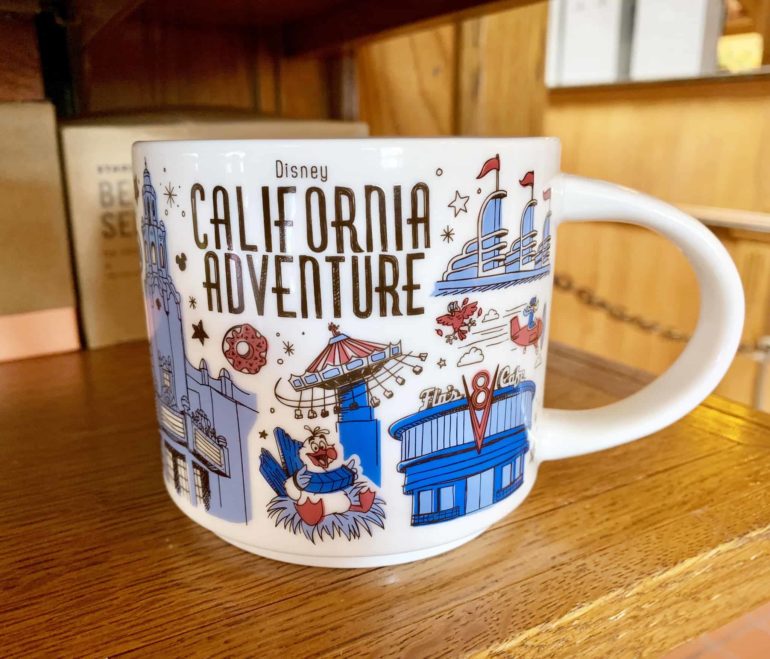 Disney Starbucks mug collectors might want to make room in their kitchen cabinets. Starbucks has released a new “Been There” series of mugs at the Disneyland and Walt Disney World Resorts. First, we received a new mug for Disneyland Park. And now the new Disney California Adventure “Been There” Starbucks mug has replaced the previous “You Are Here” mug from before. And we are loving this new series. Some of our favorite designs on this mug include Chili Cone Queso, Animation Academy, a Citizen of Buena Vista Street, and World of Color. But we can’t not point out the irony of the “A Gateway to the Golden Dream of California,” considering that the Park is losing some of its California theming. On that note, there are no designs that reference Pixar Pier on this mug.

For $19.99, this new Disney California Adventure “Been There” Starbucks mug is a great keepsake to take home with you. Will you be adding it to your collection?