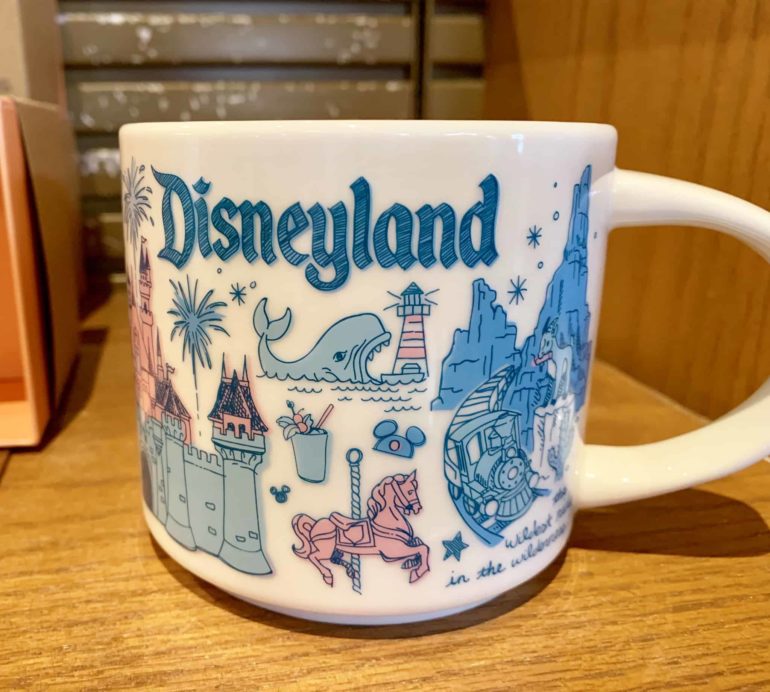 Unlike the “You Are Here” series, this new mug chooses to focus on multiple aspects of Disneyland Park versus just one. Elements from Fantasyland, Frontierland, Adventureland, New Orleans Square, and Tomorrowland are present in this design.

Icons of Disneyland, such as the Monorail and Sleeping Beauty Castle, appear in this design. But some of our favorites include the dog from Pirates of the Caribbean, a Mickey Waffle, and the goat with a stick of dynamite from Big Thunder Mountain.

This new “Been There” Starbucks mug encapsulates many of the elements that guests have come to love about Disneyland, the Happiest Place on Earth.

We would like to note that despite this mug being advertised in store as costing $16.99, that pricing is incorrect. That was the cost of the former “You Are Here” mugs. This Disneyland “Been There” Starbucks mug costs $19.99.

Will you be adding this new mug to your collection?