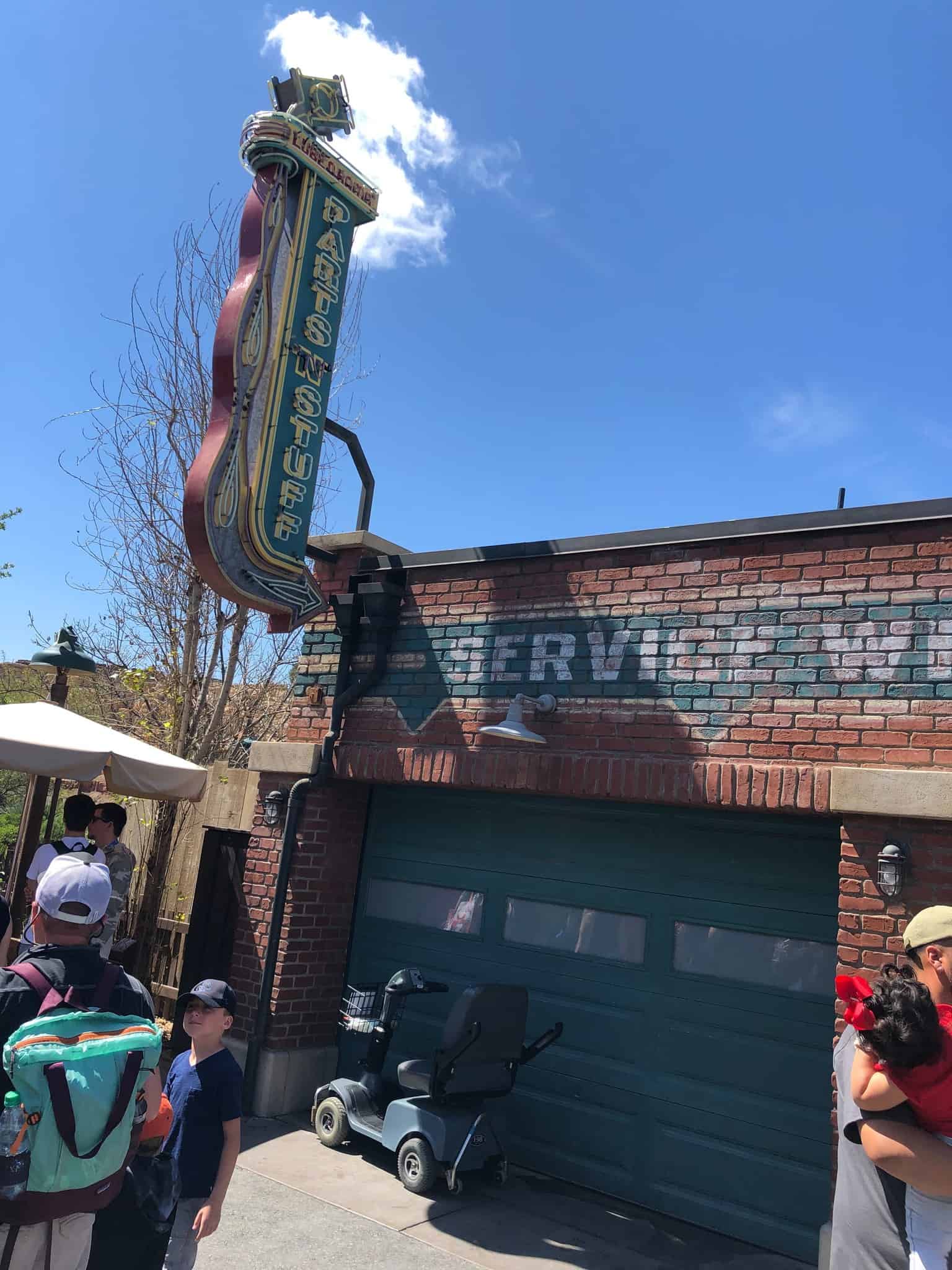 Hey, racers! We have some developing news to report from our latest trip to Disney California Adventure. From what we can see, the Radiator Springs Racers FastPass Distribution may be moving to where it was originally intended to be back when the land opened.

Part of the back section of Ramone’s House of Body Art is now closed. This space is located to the right of the standby queue for Radiator Springs Racers. It used to sell mostly children’s toys and apparel. While it became a part of Ramone’s after the land opened, this entire back section was originally intended to be a FastPass Distribution area for the ride back in 2012.

If you step into Ramone’s House of Body Art, which borders the queue, you’ll find even more construction walls. From what we can gather, the new FastPass Distribution kiosks may possibly be located in here, moving away from the distribution carts that have been rolled in daily since the kiosks near “it’s tough to be a bug” were dismantled to make way for the upcoming Marvel-themed land.

Construction walls up both inside and out may be because they’re breaking through the wall, but this is merely speculation at this point.

With MaxPass now offering digital FastPass for most guests, a smaller, indoor distribution center can be installed. Moving away from the moveable carts would likely save Disney on operational costs by (unfortunately) cutting a few Cast Member positions.