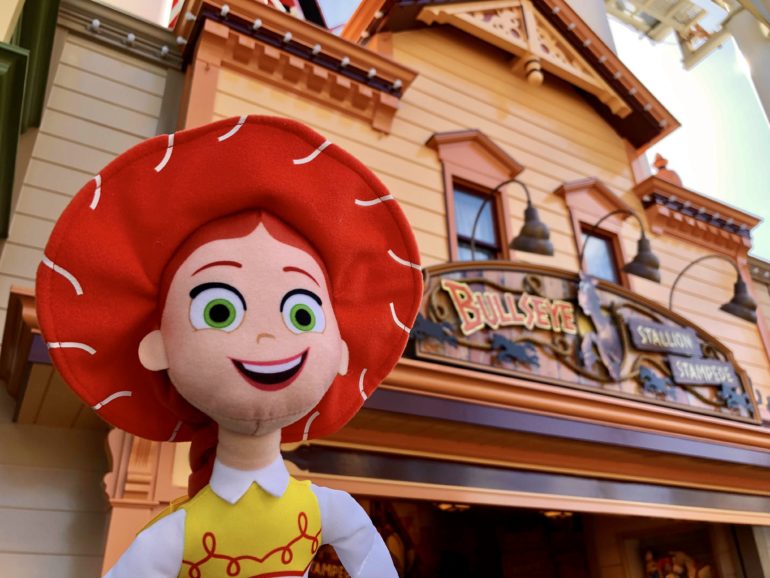 Earlier this month, Jessie’s Critter Carousel finally opened on Pixar Pier in Disney California Adventure. But this cowgirl isn’t done making herself seen throughout the park just yet. We spotted a new Jessie prize available at the Bullseye Stallion Stampede boardwalk game on Pixar Pier.

Bullseye Stallion Stampede is one of the only Games of the Boardwalk that remains from the days of Paradise Pier. The object of the game is to roll a ball into a hole and try to score as many points as possible, so your stallion reaches the finish line first. Bullseye, Woody, and several smaller horses have been the standard prizes of this game for quite a while. But now Jessie the Cowgirl is making her prize debut.

And this new Jessie prize is far less creepy than Woody, that’s for sure. You’ll definitely want to win the game now that Jessie is available to love and spend every hour with.

For guests who enjoy the Games of the Boardwalk but have grown tired of the same old prizes, this new Jessie prize available at Bullseye Stallion Stampede is sure to be a hit. Will you be trying to take her home with you the next time you visit Pixar Pier?