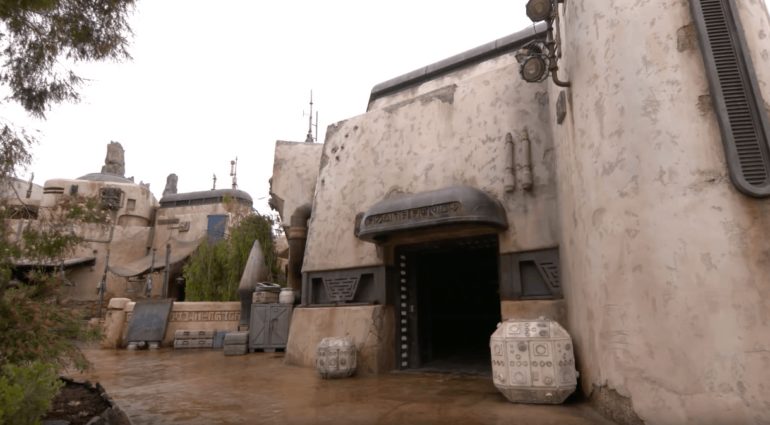 BLACK SPIRE 101: Everything You Need to Know About Droid Depot in Star Wars: Galaxy’s Edge

Everything You Need to Know: Droid Depot 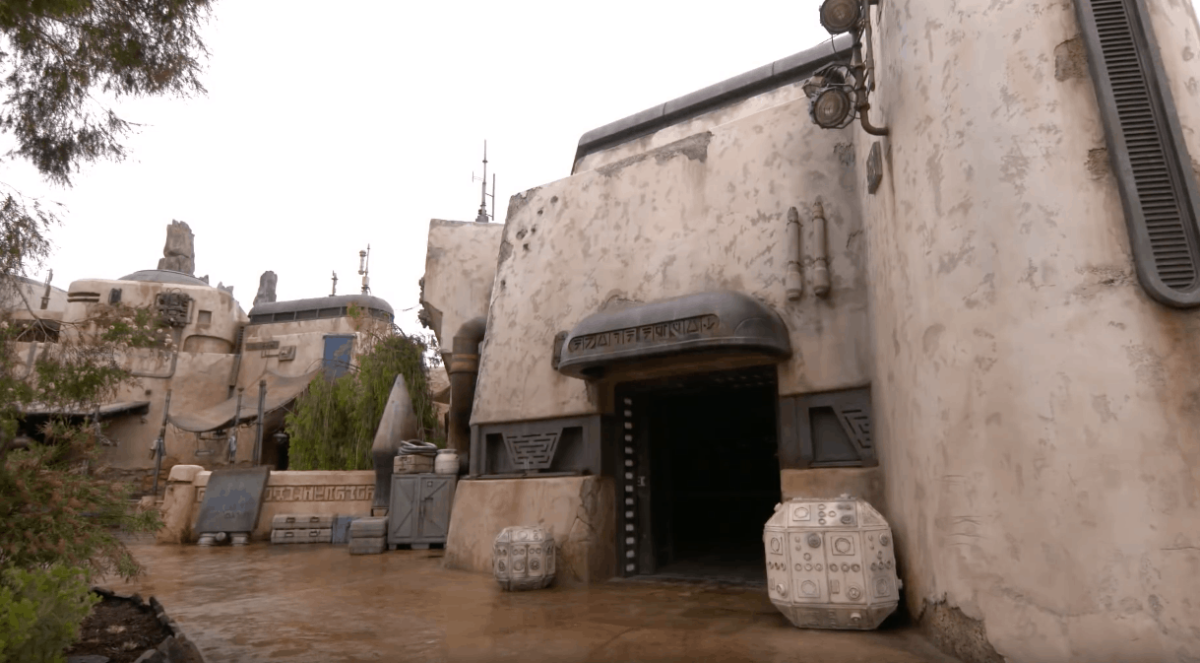 Droid Depot is located in the market area of Galaxy’s Edge, and is Black Spire’s ultimate warehouse supplier of all the parts, tech, manuals and power converters you need to build your own trusty companion for all your galactic adventures. How to get there? Follow those distinctive track marks.

BB- series droids are most recognizable from their spherical body model, which enables them to roll in any direction easily, especially the sandy terrains of Jakku. Currently, they are known to serve both the First Order and the Resistance. Notable BB- droids include the helpful BB-8, assistant to Resistance pilot Poe Dameron. 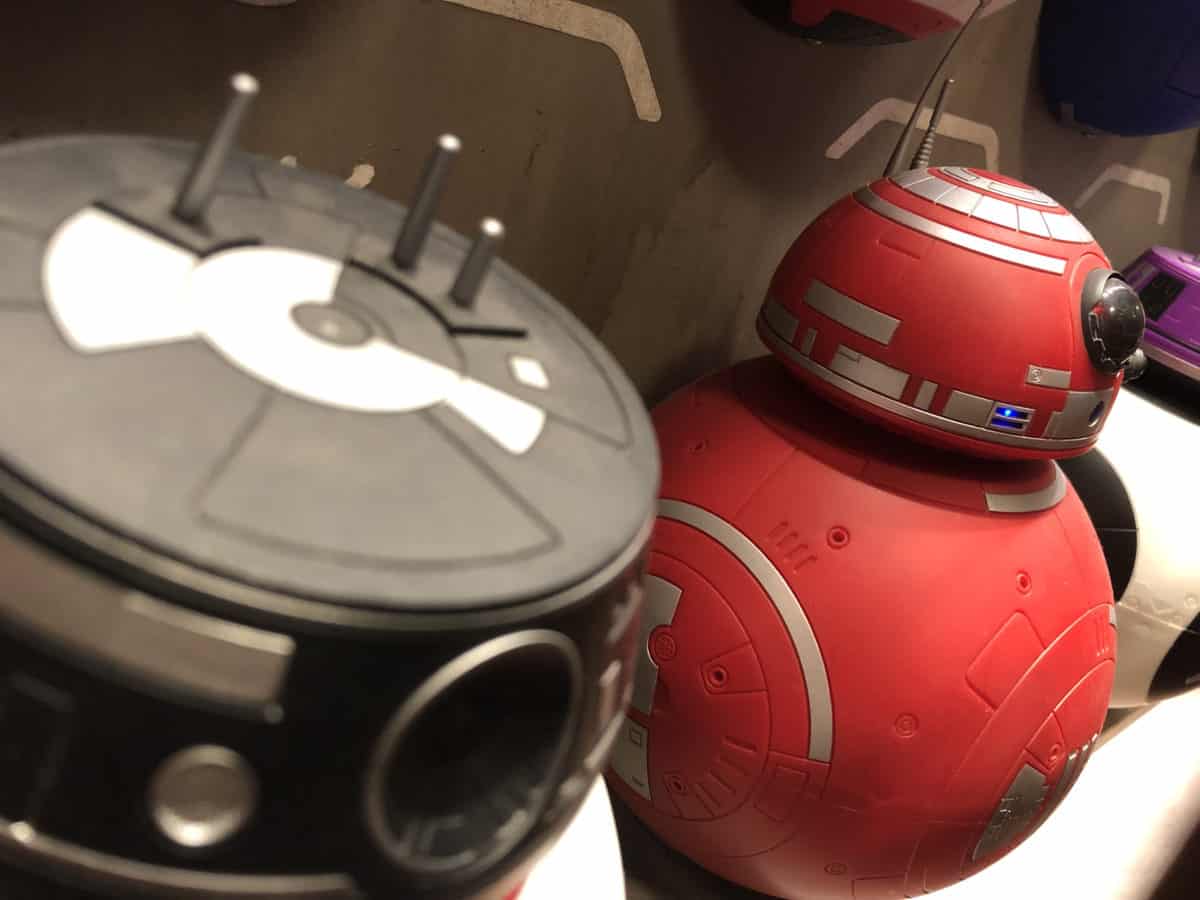 The R- series is another series of astromech droids. Perceived as being the most popular droid series, Wookieepedia tells us that the R- series took the lead in setting standards and paradigms for later droids to adhere to, such as their transportable size and modification abilities. The most famous R- series in the galaxy would of course be the blue and white icon R2-D2, notable for his invaluable assistance to the Skywalker family and the Resistance. 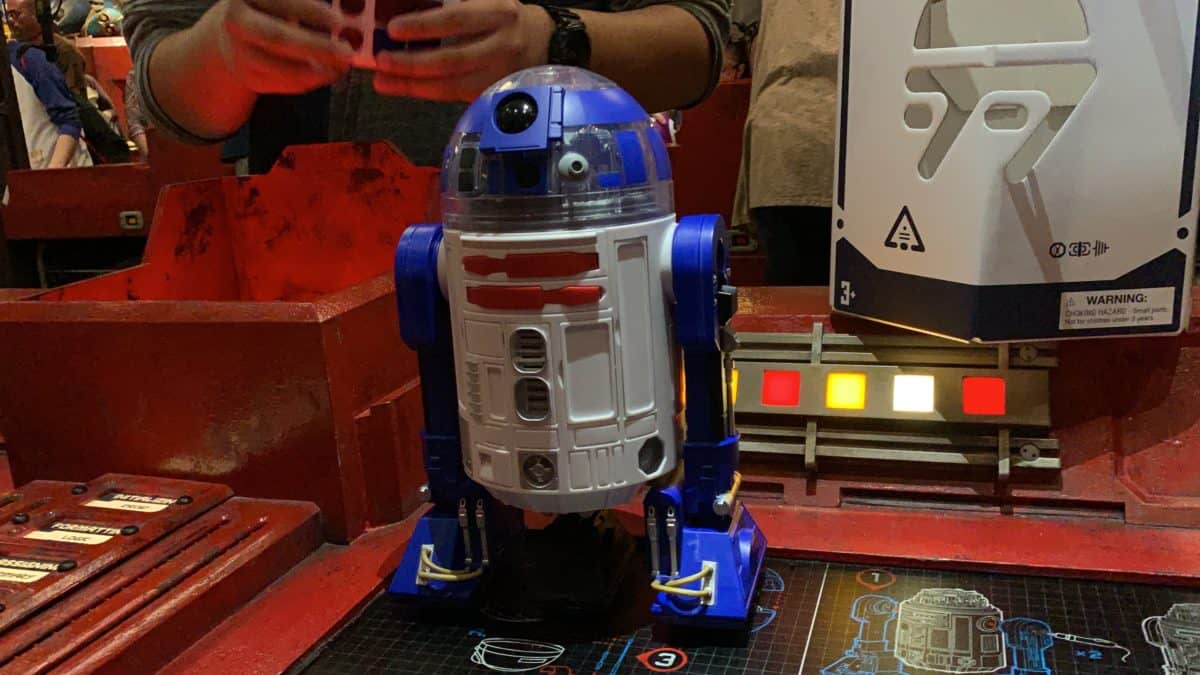 DJ-R3X is a droid you definitely won’t want to miss during your travels to Galaxy’s Edge! According to Wookieepedia, R3X began life as a RX-series pilot droid, who flew a Star Commuter 2000 and was known for his work on the Star Tours vessels. Since those days, the droid’s function has now been re-designated. He can now be recognised as the funky DJ-R3X droid, working at the notorious local watering hole, Oga’s Cantina. And yes, he is voiced by Pee-Wee Herman, (actor Paul Reubens)! 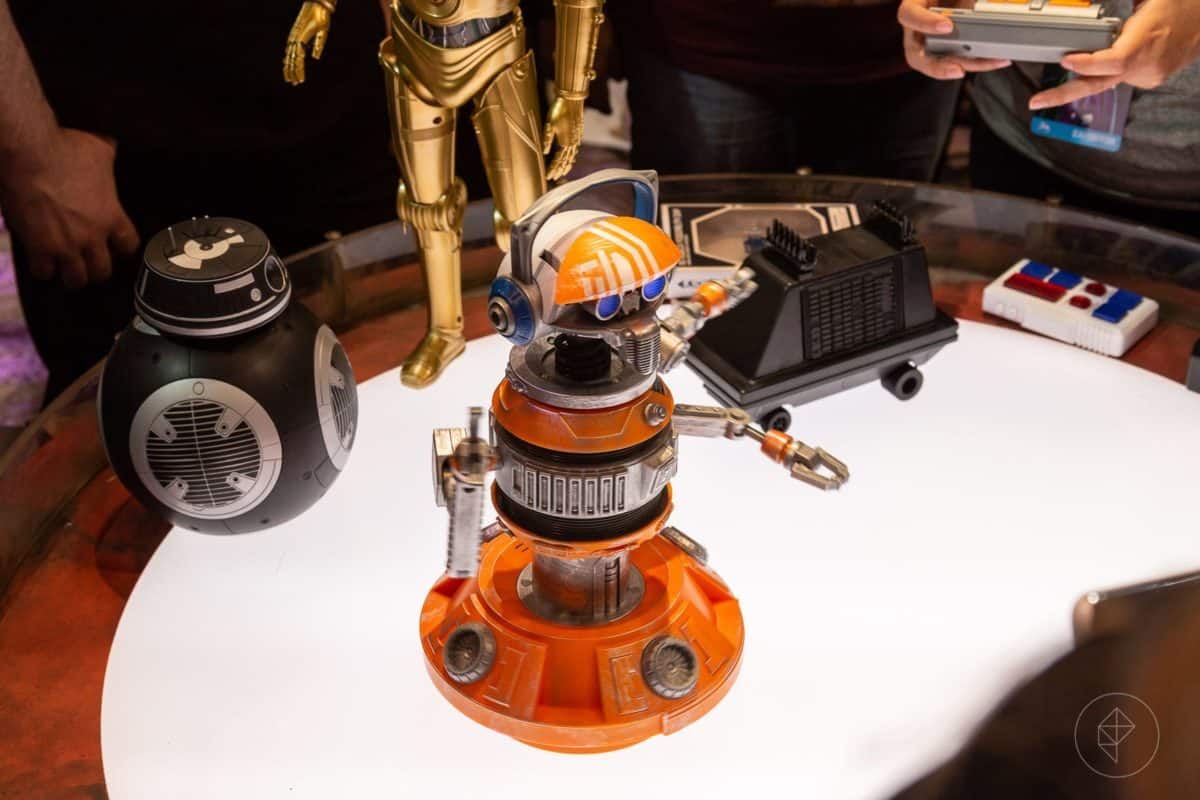 Not only do droids make great sidekicks for intergalactic travel, but they can also provide invaluable assistance in navigating through the Outer Rim. Companionship, tech assistance, translation, battle… and now, Bluetooth! You will find that your droid will be able to communicate with other astromech units, as well as other objects and elements throughout Batuu. It’s not quite the Force but it’s a great substitution!

Even if you’ve not built your own droid, you’ll still find plenty of human-cyborg interactions around Droid Depot and Galaxy’s Edge to get you familiar with the amazing intelligence the droids possess. For instance, we can be sure to find tracks (made from rubbings from the wheels of the 1977-era R2-D2) all over the ground. If you’re interested in what those droids get up to, we suggest you follow these.

Remember, it has been confirmed that during the Galaxy’s Edge opening period there will be no interactive droid characters roaming about Batuu, due to heavy traffic. For now, you won’t be able to find the droids you’re looking for, but that’s not to say we won’t see these in the future! 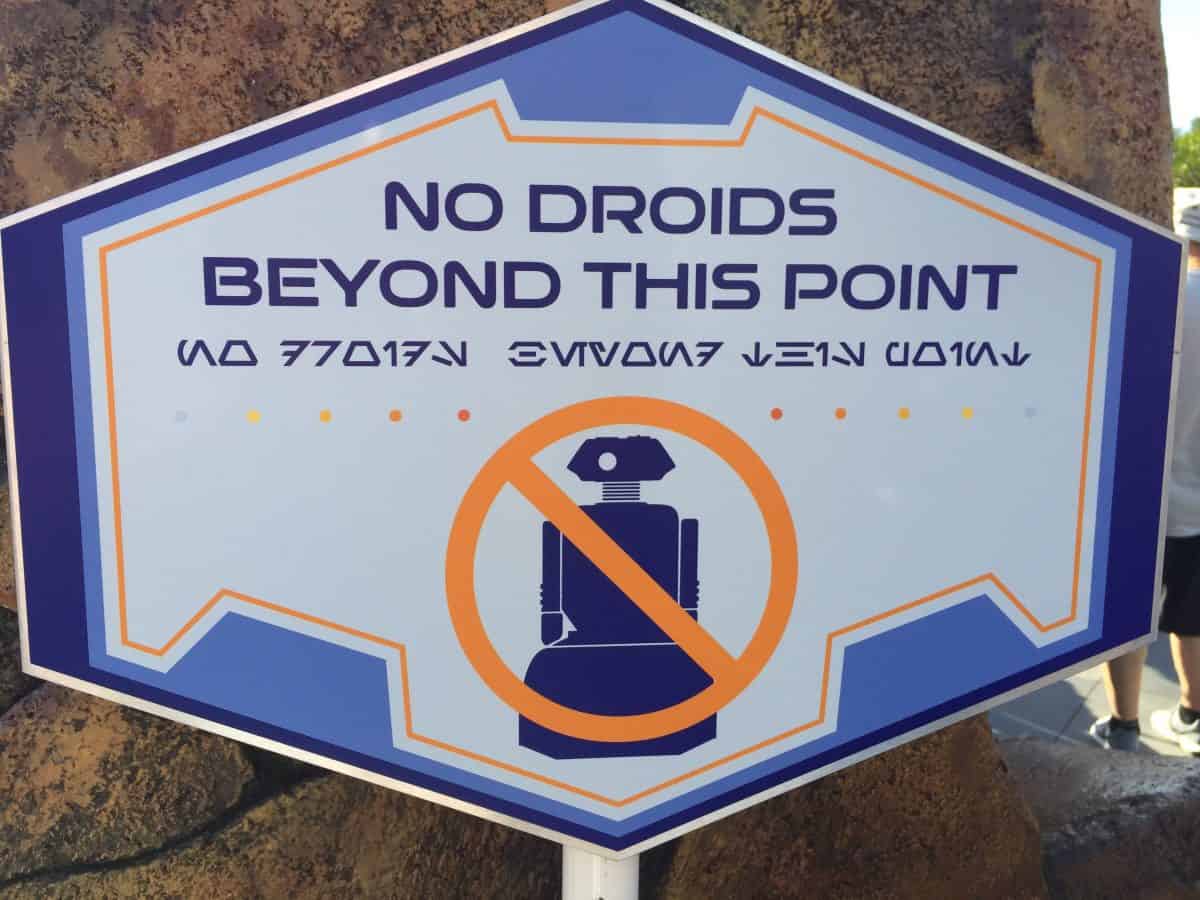 HOW: Get Your Own Droid 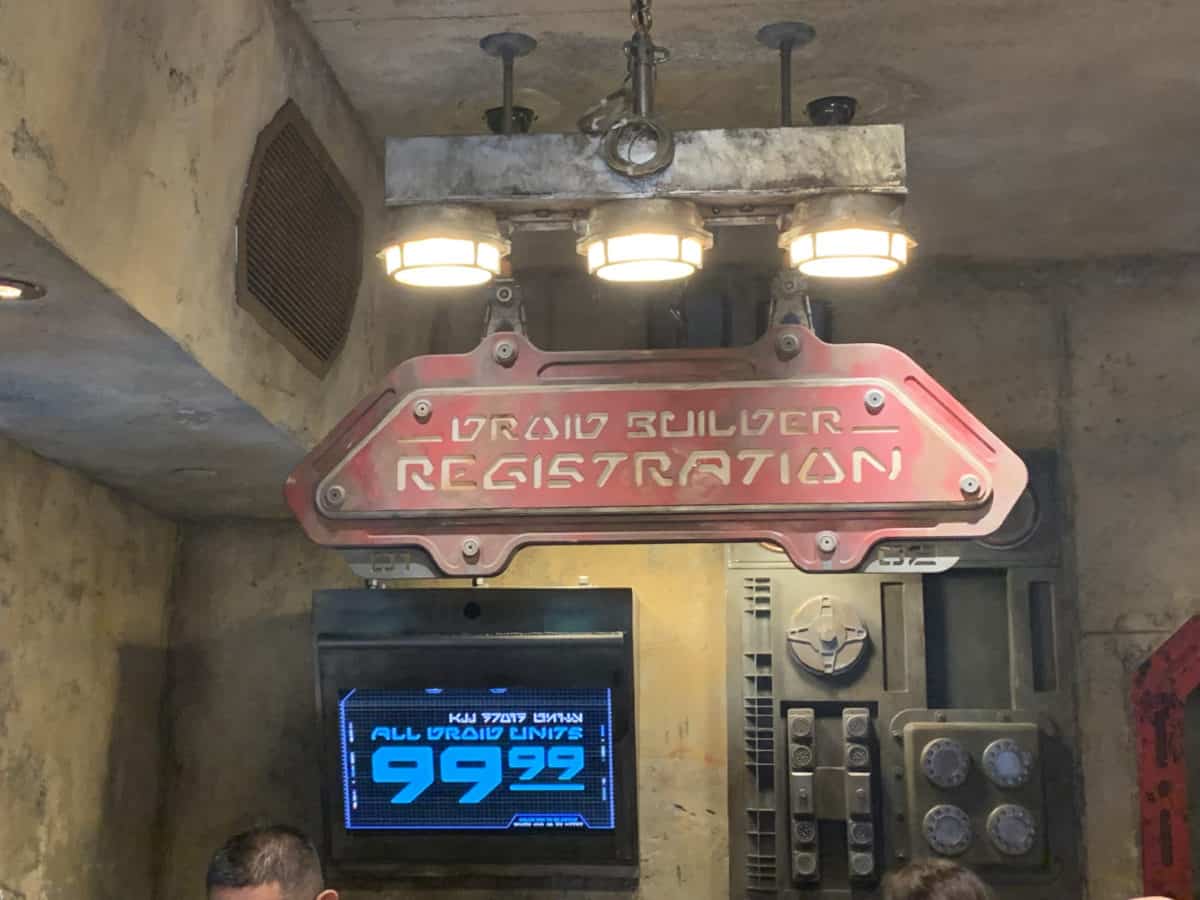 The droid-building experience has proven popular. We’ve witnessed lines out the door, and waited as long as 20 minutes. You can take a look at our experience creating our own droids here! 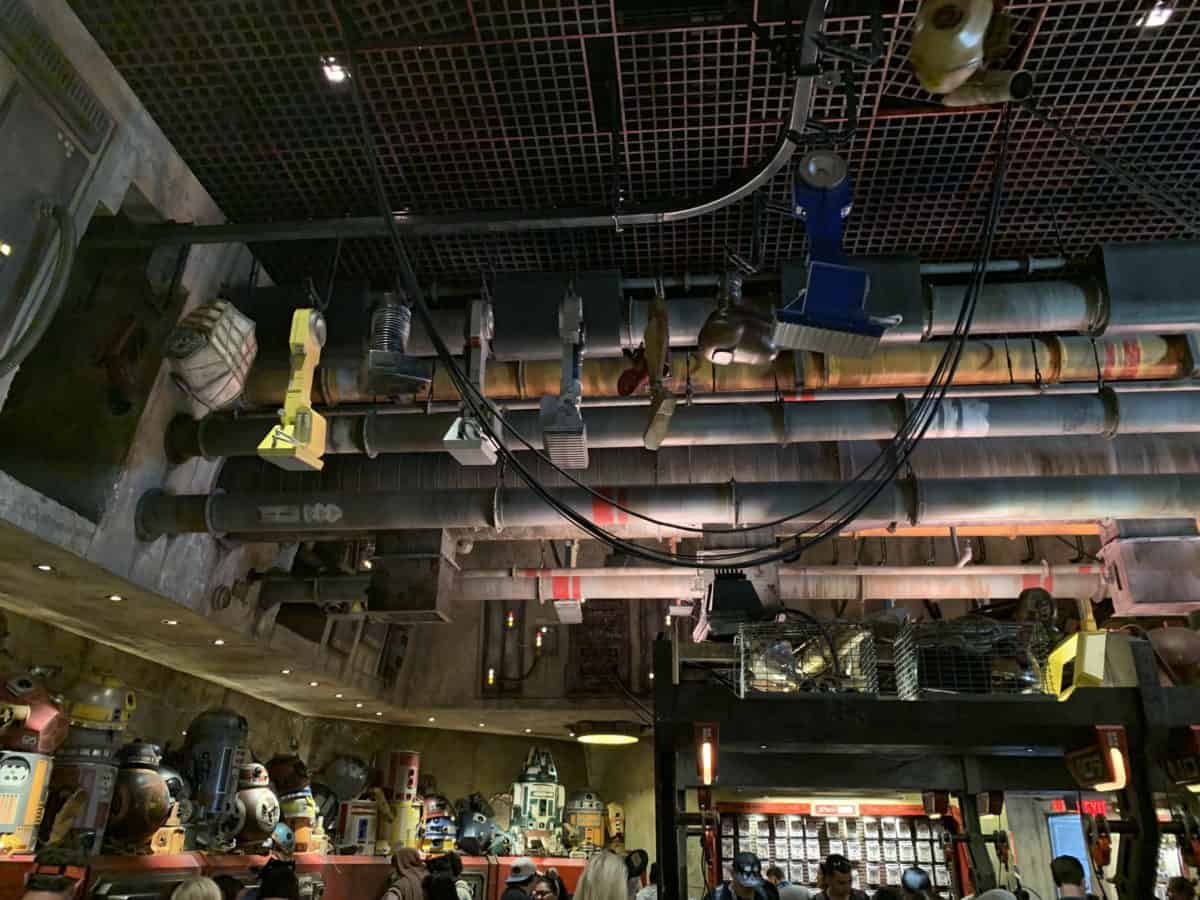 It’s easy and exciting to build your own personal droid in Droid Depot. To begin with, register your choice of either a BB- or R- series model with a clerk, who will provide a blueprint and a basket for all the parts you’ll need (don’t worry about making deals with Jawas!). You will then be directed towards the Parts Station, where you can collect the following components from a rolling conveyor belt:

Once your choices have been made, you will progress on to the Build Station where you can complete your droid assembly. Your droid will be activated by remote control and then your new mechanical buddy will be ready to join you on your travels! 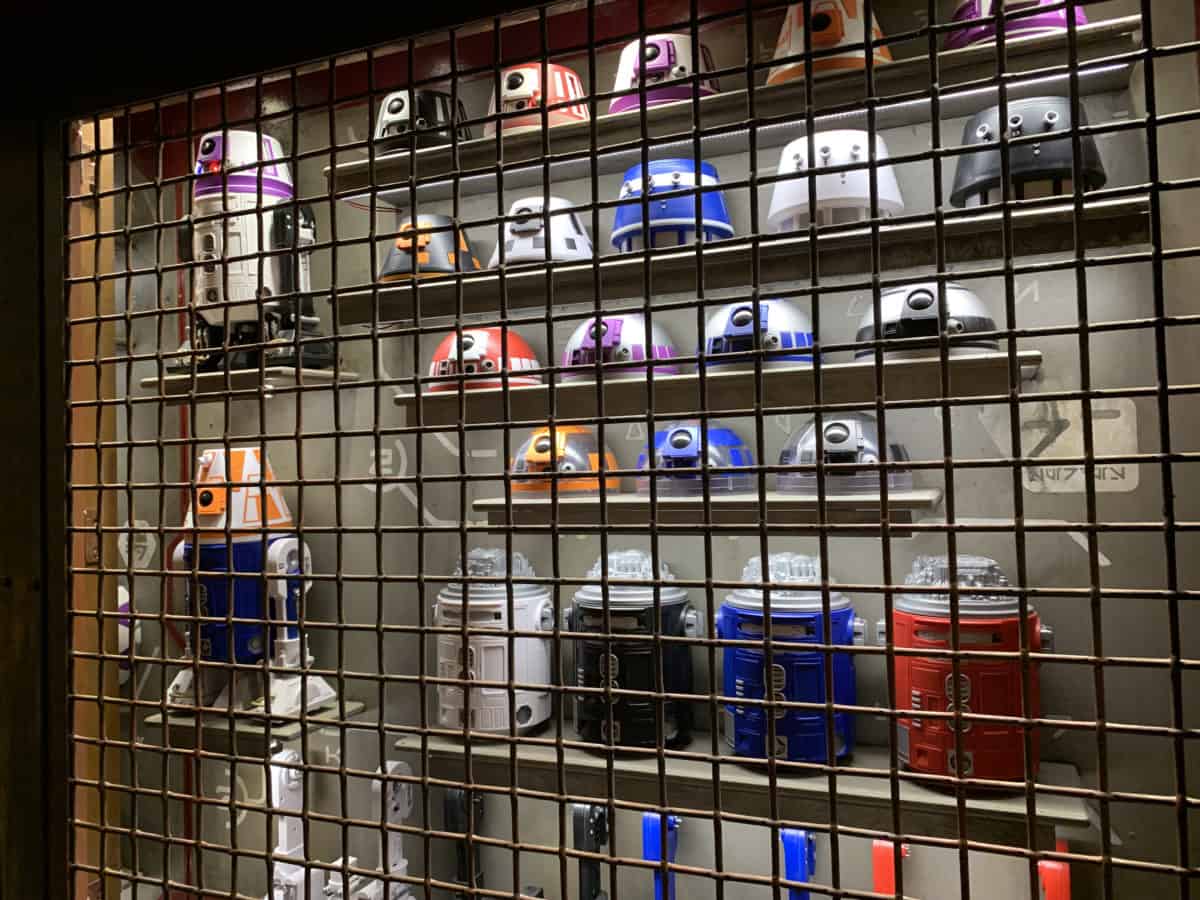 Other accessories and personality-affiliation chips will also be available to further customise your droid, although these will be at an extra charge. These chips can alter the sounds your droid makes, and three chips will be available: a Resistance chip, Smuggler chip, and a one for the First Order. These will also affect how your droid interacts with the land

Each droid will cost $99.99 plus tax (no ration trading here!), will be ineligible for AP discounts and is non-refundable. Disney has stated that reservations may be required for this experience, so make sure you plan ahead to ensure you don’t miss out. It is also worth noting that the experience is limited to the builder and one guest, and at least one of the two must be over the age of 14.

Remember: allowing your droid to roam free (using the remote control) around the Disney Parks is strictly prohibited, so when you’re out exploring make sure you carry your droid! Luckily, a carry box will be included with purchase.

Of course, there will be plenty of ready-created droids available for purchase in Droid Depot. Look out for DJ-R3X, your own personal music maestro droid, or perhaps a C-3PO figure that even young Anakin Skywalker would be impressed by, who can recite the whole Star Wars saga in Ewokese, like in Return of the Jedi. I dare you to “accidentally” take his head off and put it on backwards, see what happens. 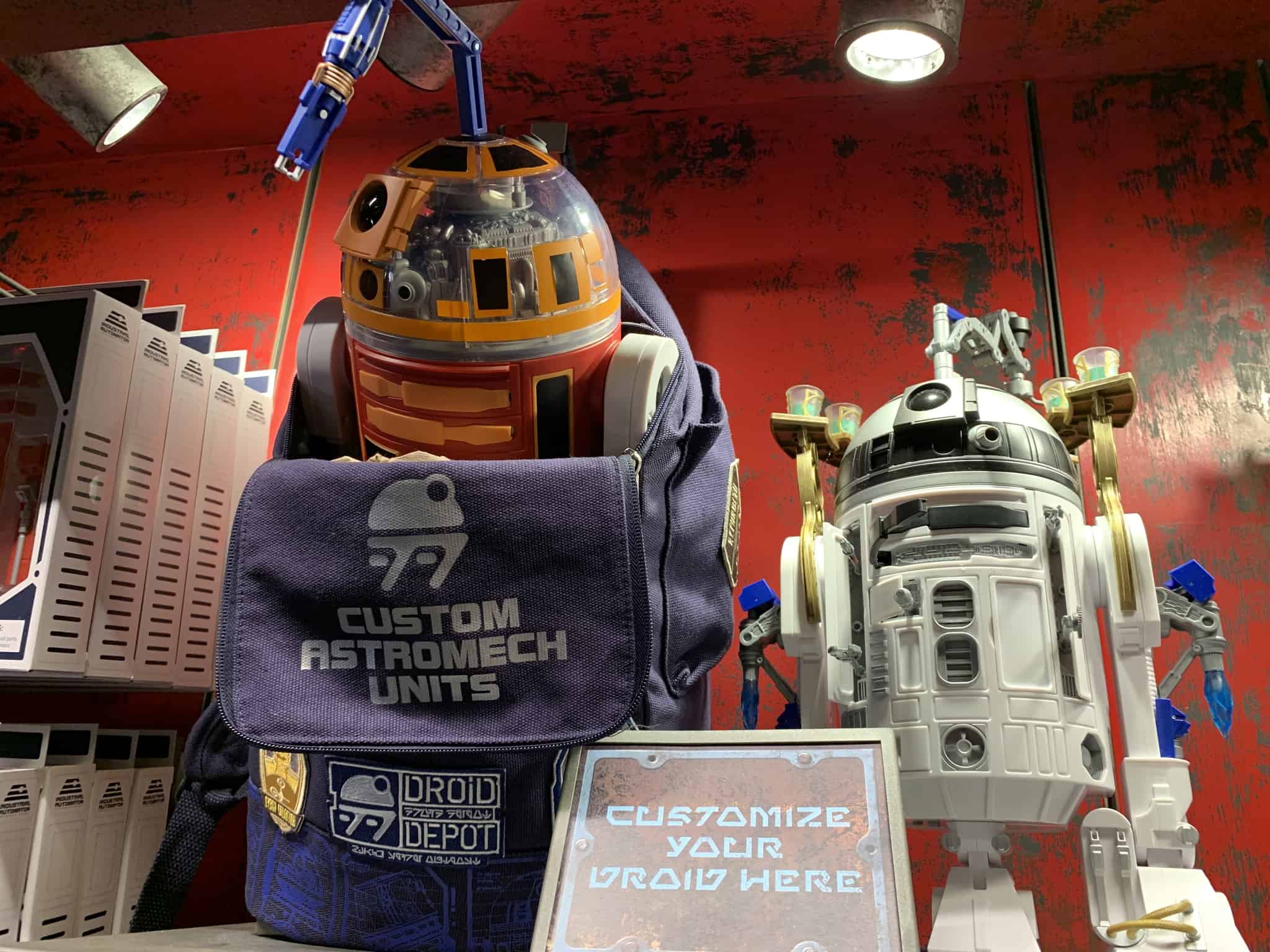 Of course, there’s far more offered at Droid Depot beyond mechanical companions. There’s a variety of merchandise, including clothing and accessories, models, and pins, available for sale. You can find a complete listing of everything for sale at Droid Depot (including prices) here. Here are just some of the highlights: 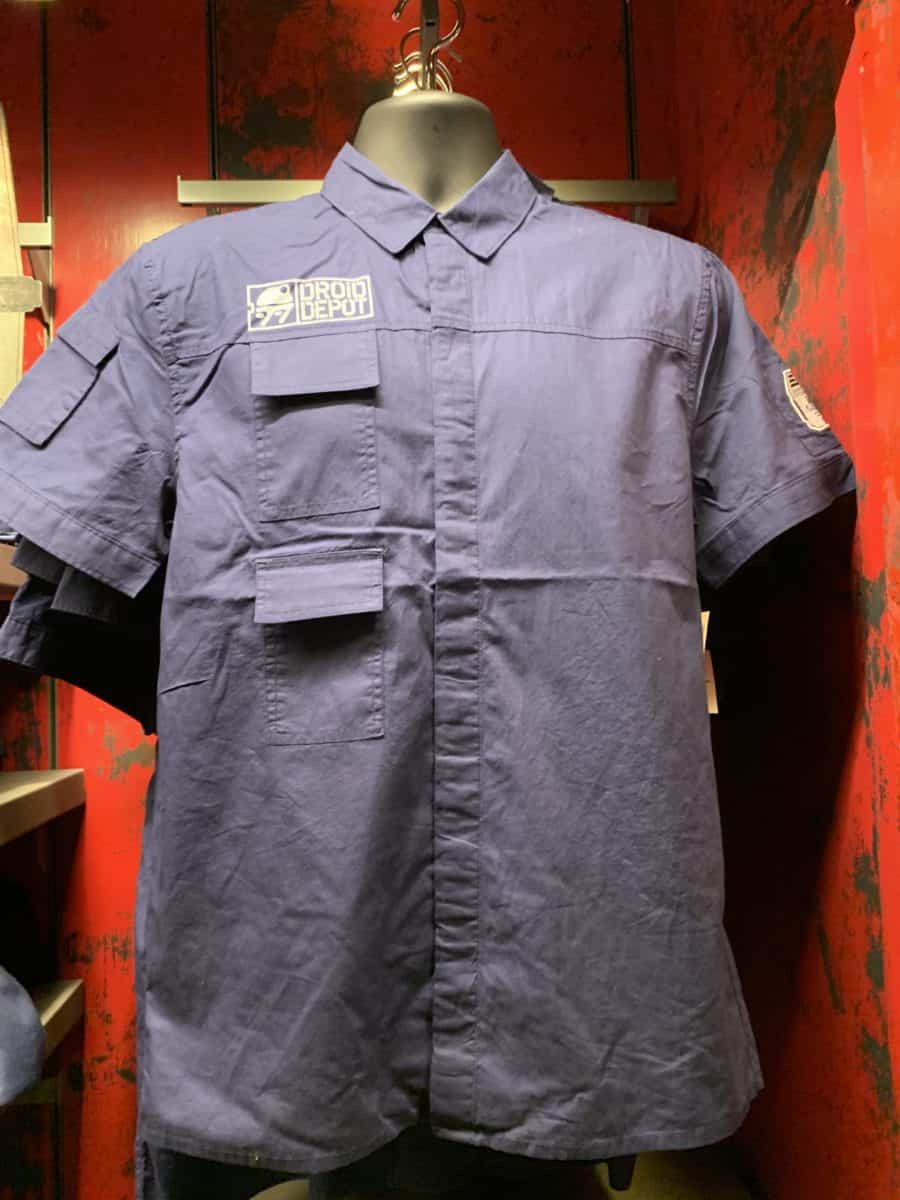 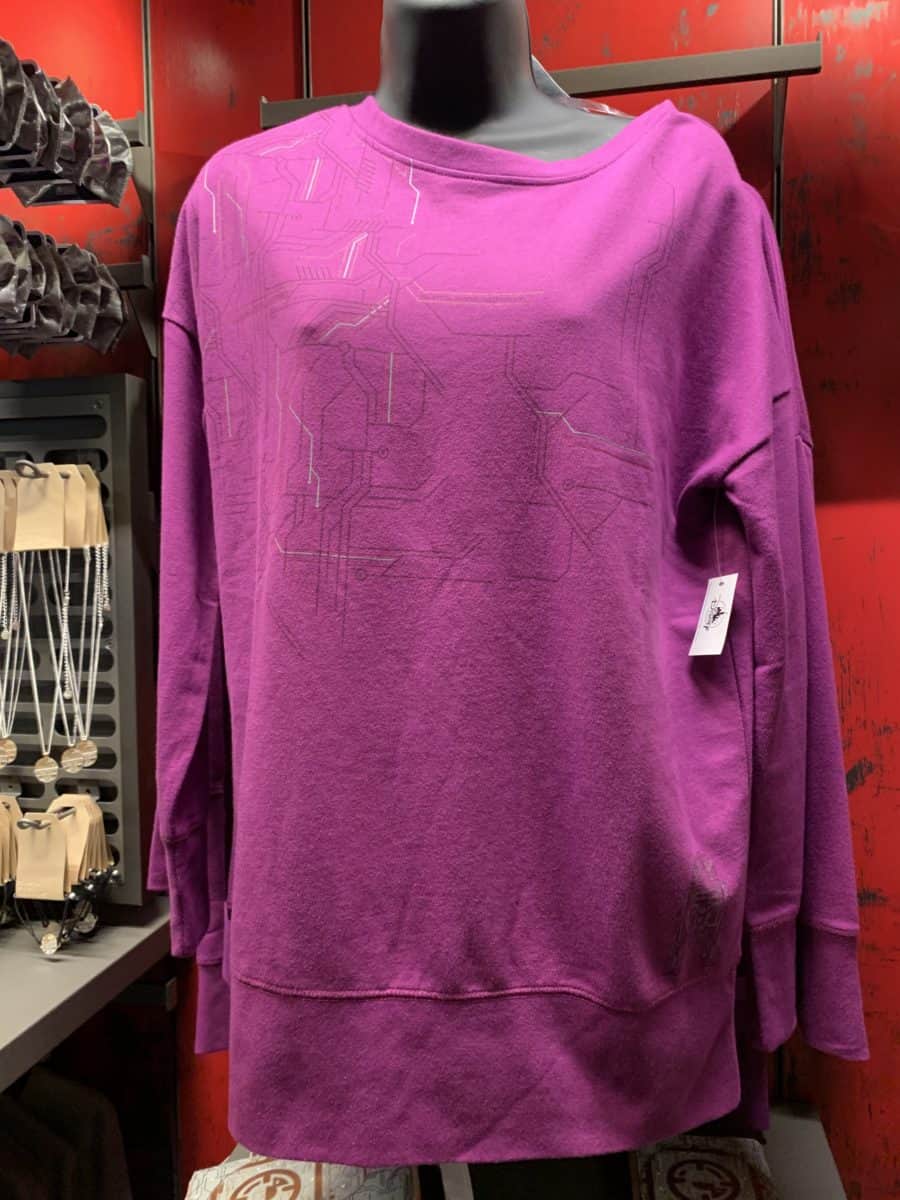 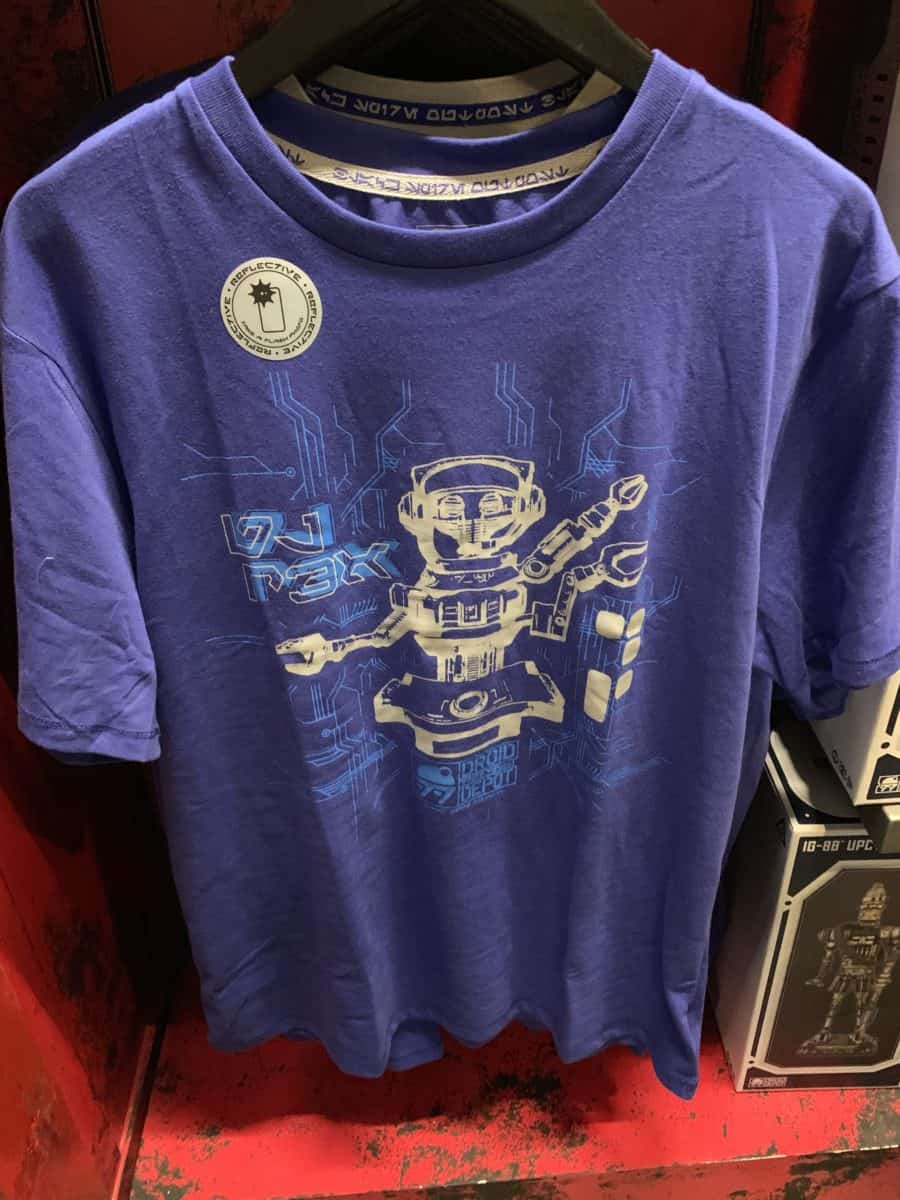 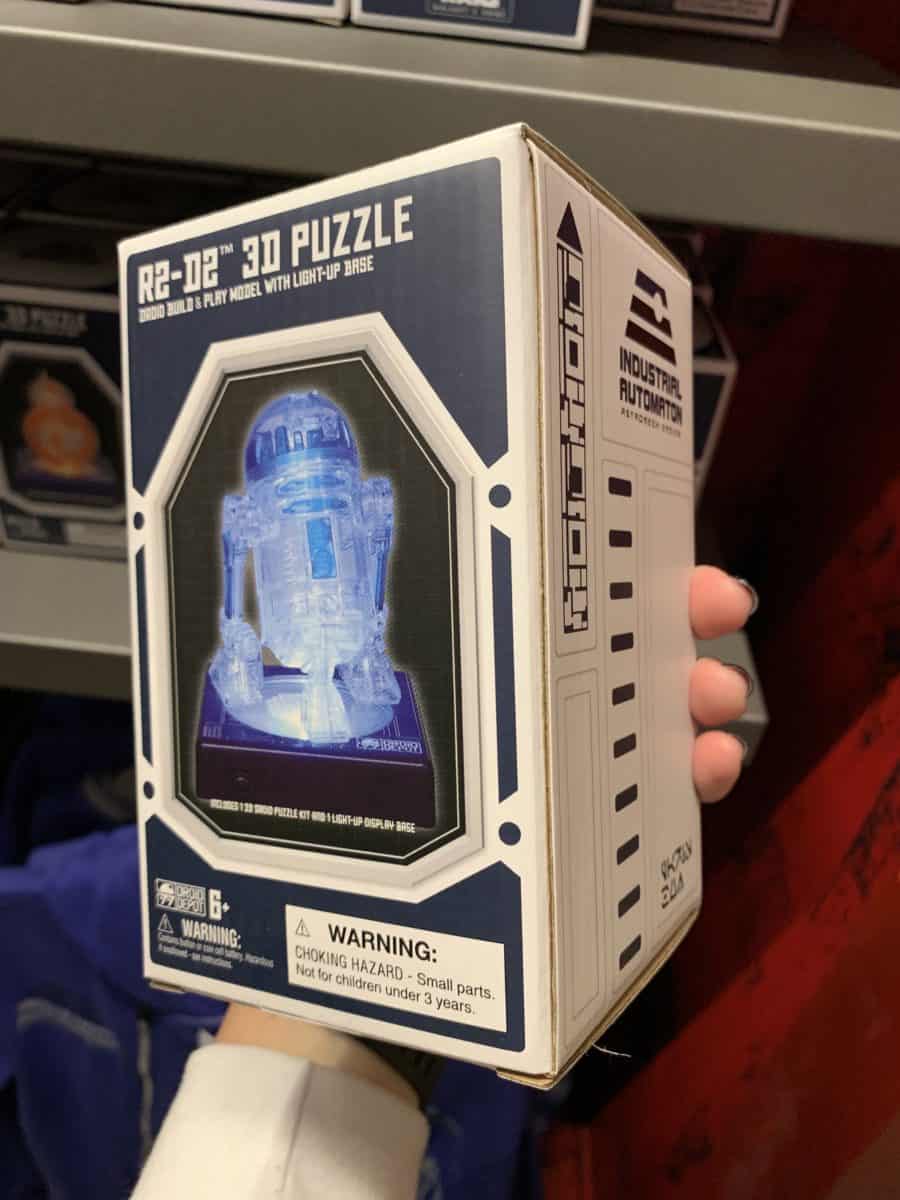 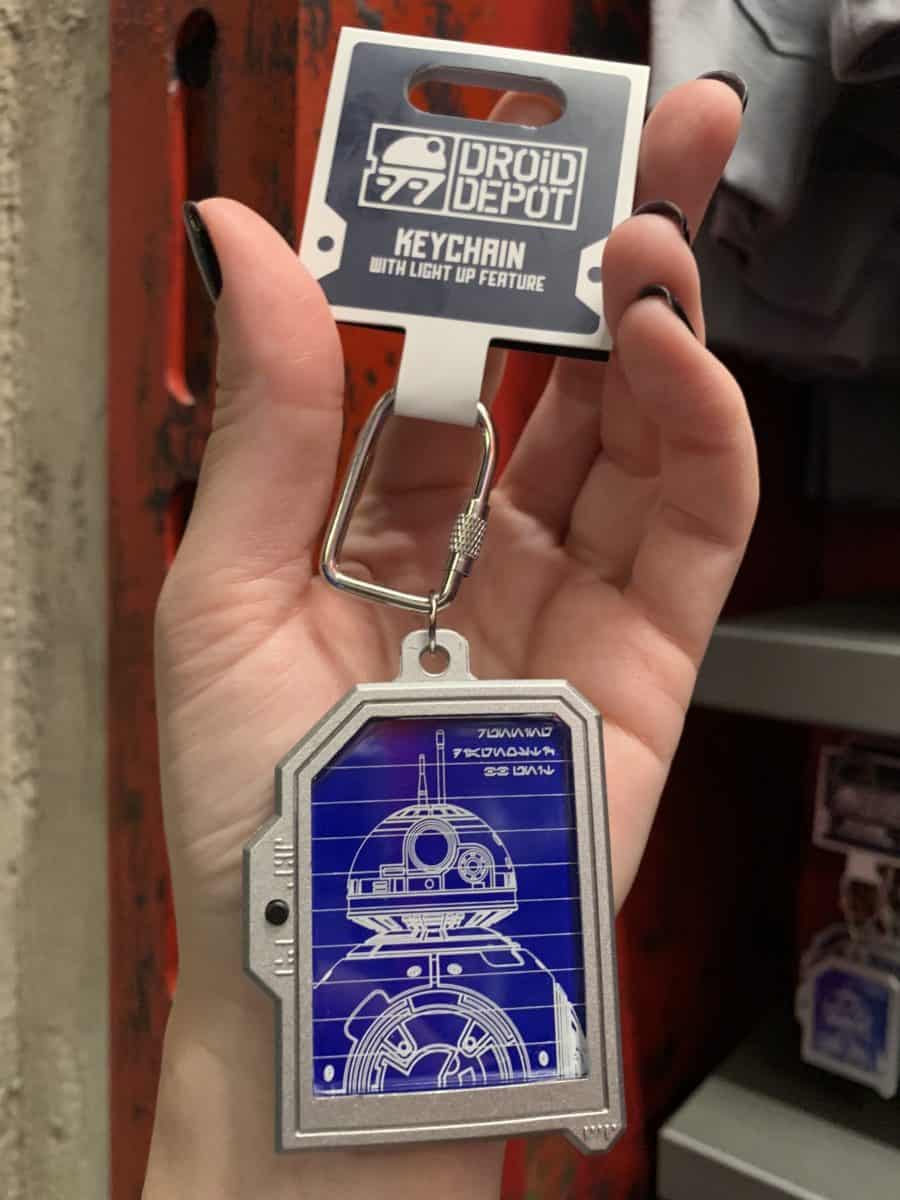 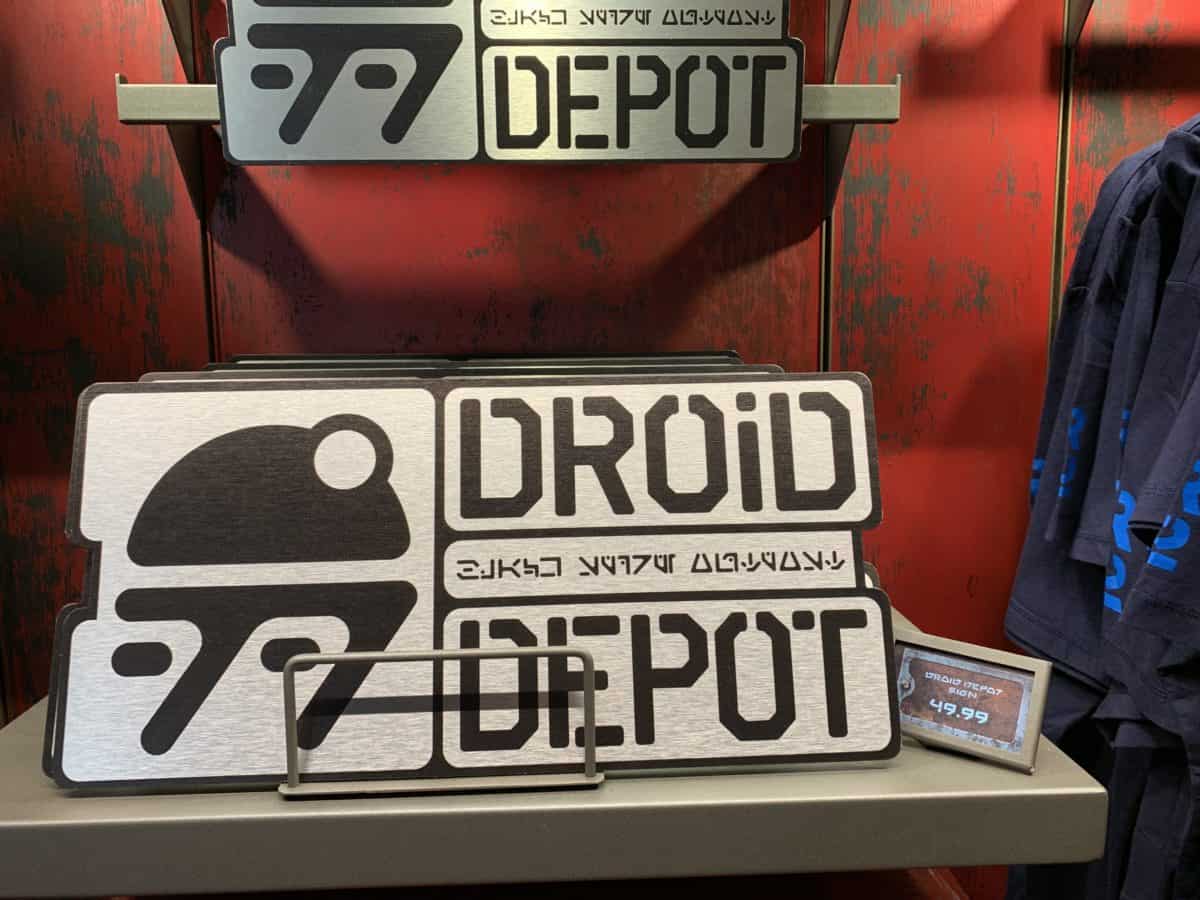 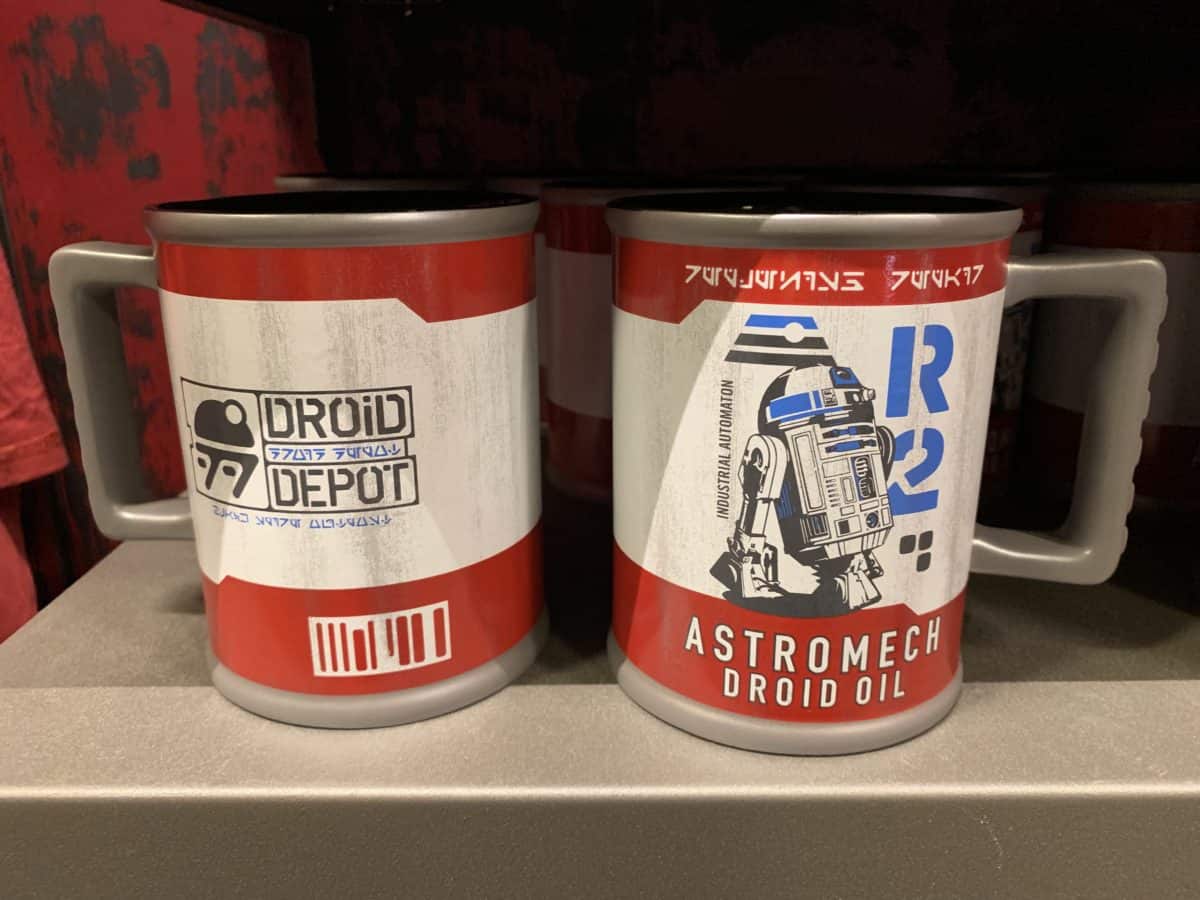 Check out our experiences in Droid Depot!

So, on your travels to Galaxy’s Edge, make sure you pay a visit to the Droid Depot. The possibilities of not finding what you’re looking for is approximately 3,720 to 1.