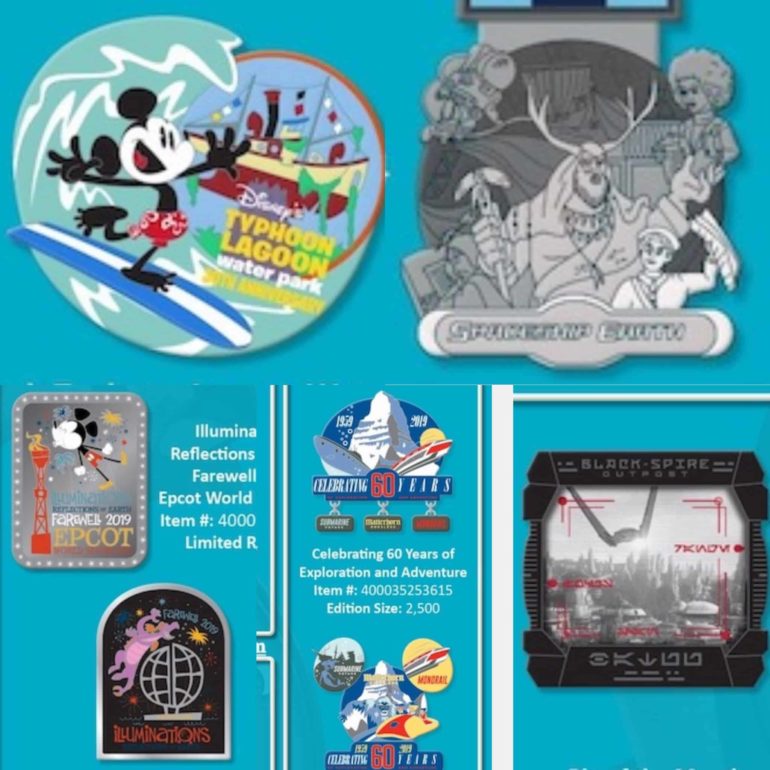 Disney Pin Collectors and Traders, clutch your wallets tight. Disney has shared a look at this month’s pin releases and it’s an incredible lineup of must-have pins with new Pins of the Month, Galaxy’s Edge pins, and probably our favorite Magic of Honor pin yet.

While these are not out on the official Merchandise pages for each resort, we got a special sneak peek thanks to our friends over at Disney Pins Blog. Check out all the upcoming releases below!

Disneyland may have some Galaxy’s Edge pins in their lineup, but the June pin release for Walt Disney World did not come to play. We kick off the month with an adorable Typhoon Lagoon 30th Anniversary pin featuing Mickey surfing. (Am I the only one who loves his funny animated feet?) Bonkers stars in this month’s Kingdom Consoles, and a Tarzan pin will be released in honor of the film’s 20th anniversary. June 17th marks the release of the Limited Edition IllumiNations farewell pins, which feature Mickey blowing out a torch and Figment flying over the Earth Globe. A sweet Independence Day pin shows Mickey and Minnie watching fireworks. Probably the piece de resistance from this entire release is that Spaceship Earth Magic of Honor pin, featuring the caveman from the beginning of the attraction, the sleeping scholarly monk, the now-defaced newsboy, and my personal favorite, the scientist from the mainframe computer scene (lovingly referred to by many fans as simply Foxy.)

Will you be looking out for any of these pins as they’re released? Follow us on Twitterand Instagram for the latest in pin releases, including open edition, limited edition, and limited release pins.