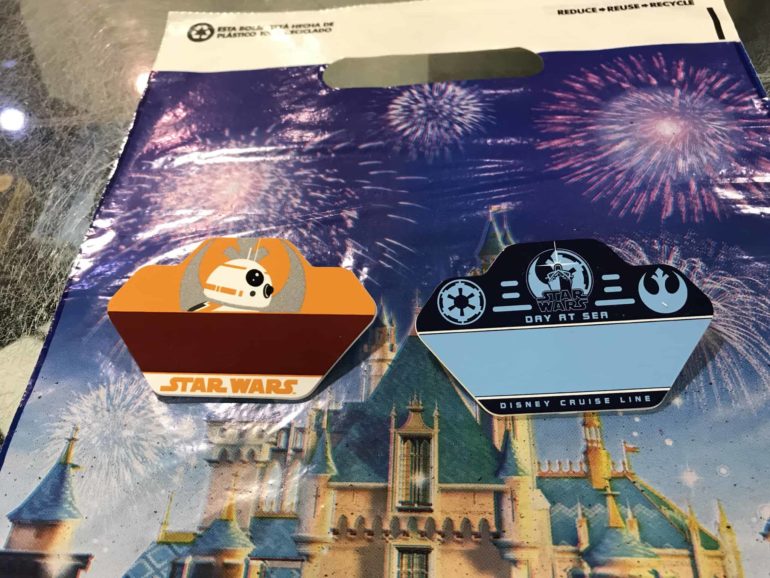 If you’re looking to get a custom name tag from a galaxy far, far away at Disneyland, you should make the jump to lightspeed and hurry.

Reports are emerging that the resort will stop selling customized Star Wars name tags soon, and are selling out their current stock, while supplies last.

This may be your last chance to have your name, written in Aurebesh (the in-world written language of Star Wars), on a name tag.

We are getting word that Sunday will be the last day to buy a personalized Star Wars Name Tag. They are available at Tomorrow Landing. Supplies are limited.

One theory as to why sales are ending is that the personalized name tags look somewhat like the name tags that cast members will be wearing in Star Wars: Galaxy’s Edge, which opens at Disneyland later this month, and Disney may be looking to avoid confusion.

We have yet to determine whether or not the end of name tag sales will also extend to Walt Disney World, or if sales will cease closer to Star Wars: Galaxy’s Edge’s opening at Disney’s Hollywood Studios.

Star Wars: Galaxy’s Edge opens at Disneyland on May 31st, and at Disney’s Hollywood Studios on August 29th.