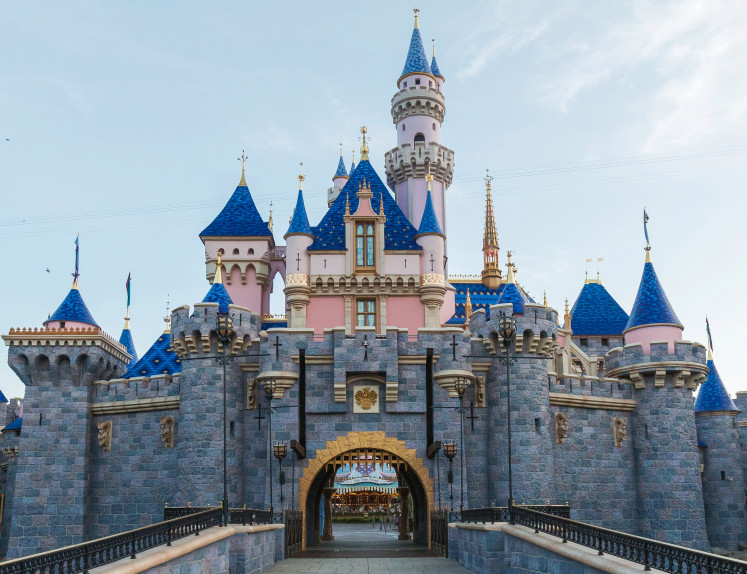 The symbol of the Happiest Place on Earth is once again on full display after several months under refurbishment.

The castle, which had been closed and hidden by scrims and construction walls since January, is seen here in its first official head-on photo from Disney, who shared the exclusive with the Orange County Register‘s Brady MacDonald.

New to the castle is a touch of shimmering gold “pixie dust” on the cobalt blue roof. “It’s as though the center of the castle has been enchanted… It just has a little bit of a feeling like magic,” Walt Disney Imagineering art director Kim Irvine told MacDonald.

The refurbishment features a slightly updated color scheme, refreshing the look of the castle while still attempting to stay true to the castle’s intent. “She is the first. She is perfect just the way she is,” added Irvine. “She’s Walt’s castle, so she will always stay the same.”

Part of the refurbishment included the first re-roofing of the castle since 1955, and a new approach to the paint scheme: “atmospheric perspective” is employed to change very slightly at different elevations in an attempt to create an optical illusion to make the castle seem taller than it is. As Irvine noted: “All our other castles keep getting bigger with more towers. Even our sister castle in Hong Kong, they’re adding onto it and making it gigantic. We’re never going to do that to our castle. It’s always going to be this little castle. It’s the charm and the centerpiece of Disneyland. But what we can do is push the colors a little bit more and add a little pixie dust.”

The castle’s new look comes as part of Project Stardust, a plan to enhance the appearance of the park ahead of Star Wars: Galaxy’s Edge’s opening on May 31st.

Keep reading WDWNT and Disneyland News Today for all your news on what’s going on at the Disneyland Resort.