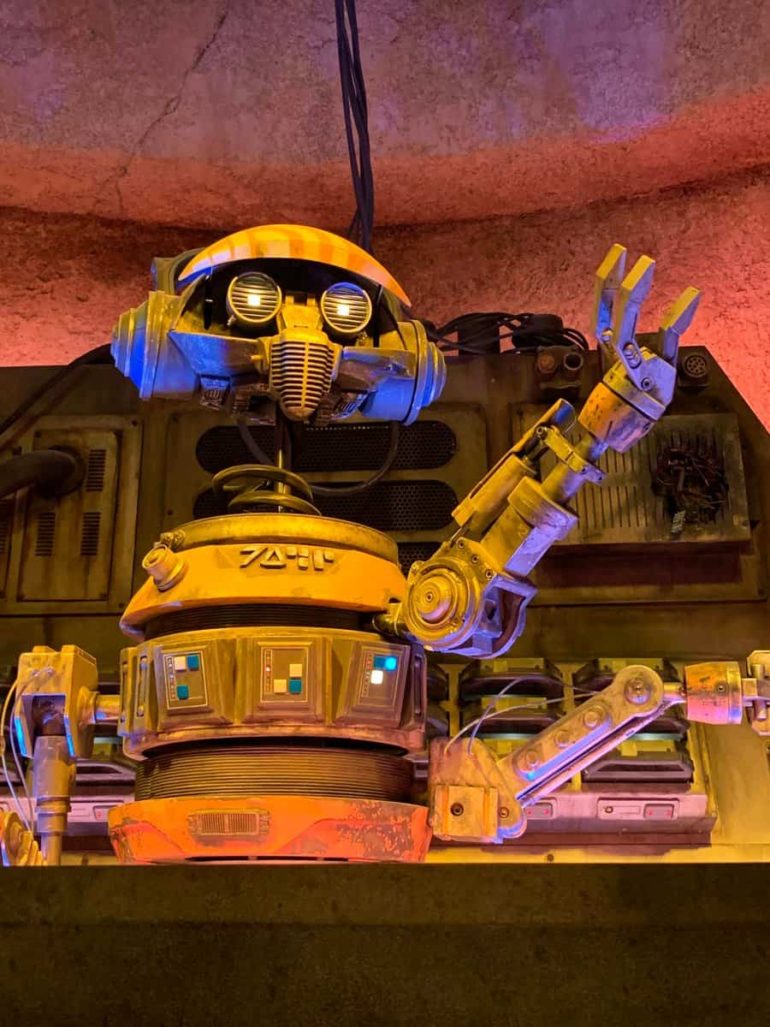 The social media embargo for Star Wars: Galaxy’s Edge has officially lifted and Twitter is filled with amazing photos from inside the land. Our first sighting is of DJ R-3X comes from Twitter user @RogueCheddar.

Star Wars: Galaxy's Edge is the most MASSIVE and awesome theme park land I've ever been to. It rivals Wizarding World for intricate, loving detail. Fans are gonna go nuts trying to taste every food, find every Easter egg, and see everything.#GalaxysEdge #StarWars #Disneyland pic.twitter.com/wYFTkeCt1M

You can find DJ R-3X at Oga’s Cantina saying, “Welcome aboard! This is the DJ speaking. Make sure you have your drinks secured and your seats in the upright and rock position, because we are about to hit some… turbulence!” He’s voiced by none other than Paul Reubens, reprising his role from Star Tours.

Additional, breathtaking shots of the Millennium Falcon show us an on-the-ground look of the magnificent vessel––and the infamous fence.

A view into the marketplace area.