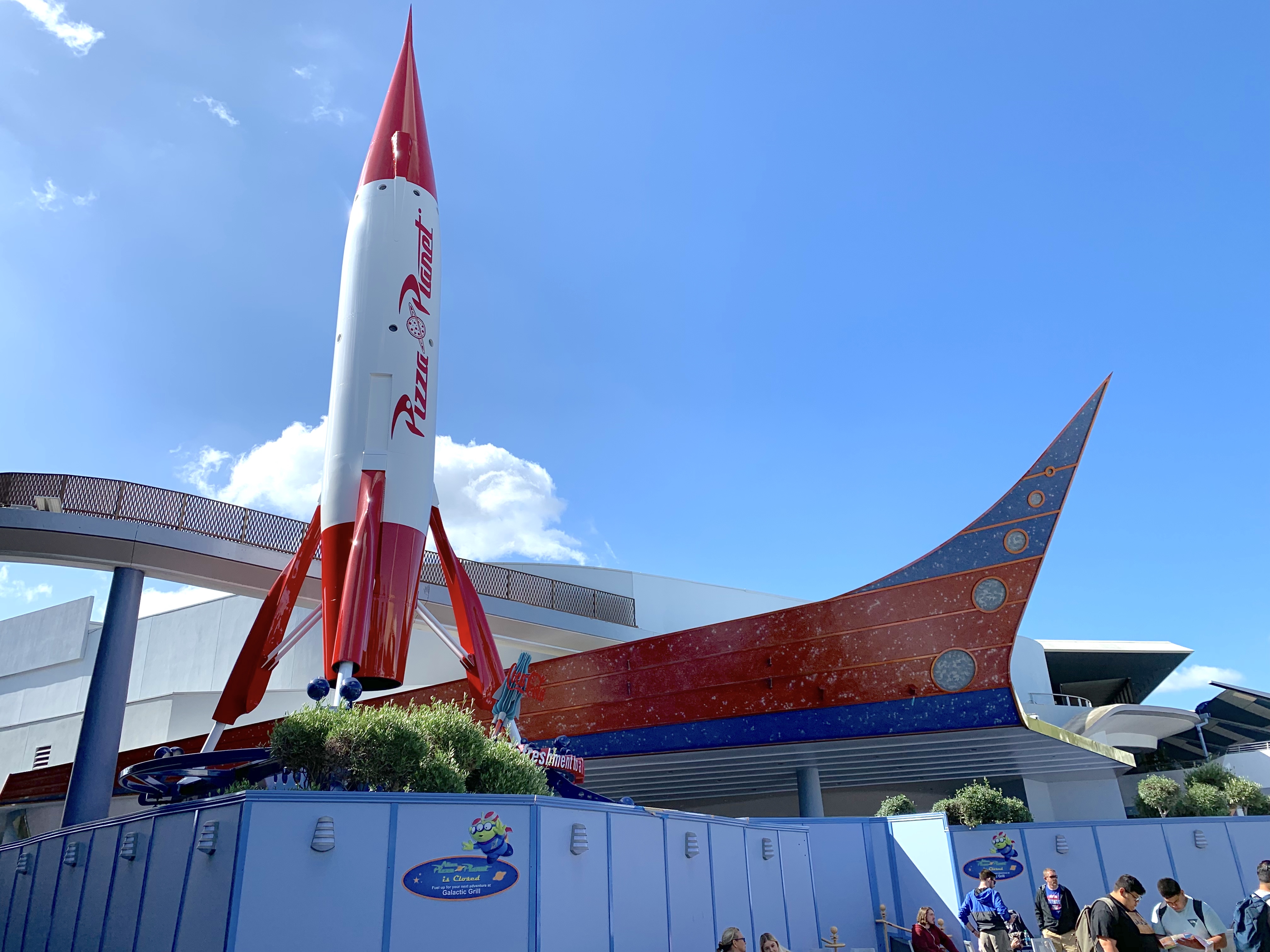 The Disneyland Moonliner Rocket, whose current iteration (Moonliner III) has been in the park since 1998, (but with roots going as far back as the opening of Disneyland in 1955) has officially gotten the IP treatment, thanks to ongoing enhancements to Alien Pizza Planet in Tomorrowland.

The rocket has since lost its classic TWA (Trans World Airlines) stripes and “Moonliner” art deco lettering at the bottom of the rocket, now sporting a similar red-and-white color scheme, but with the Pizza Planet logo emblazoned across.

The rocket and restaurant facade had been hidden by scrims up until recently.

The rocket is still seen as blasting off from the Coca-Cola signage, “Delivering Refreshment to a Thirsty Galaxy.”

This building once housed the Flight to the Moon attraction, which subsequently was turned into Redd Rockett’s Pizza Port, and then transformed into Alien Pizza Planet just for PIXAR Fest. Alien Pizza Planet is still undergoing a massive refurbishment to make the Toy Story-themed overlay a permanent look for the restaurant.

The blue tabs sticking out of the middle of this feature used to hold the Redd Rockett’s Pizza Port sign and will likely hold a new Pizza Planet sign in the coming weeks.

What do you think of the new look? As much as I love Toy Story and Pizza Planet, (Seriously, I still miss the Hollywood Studios version of Pizza Planet.) I can’t help but feel that a piece of history has just been lost, or rather, painted over in a hasty re-theme.