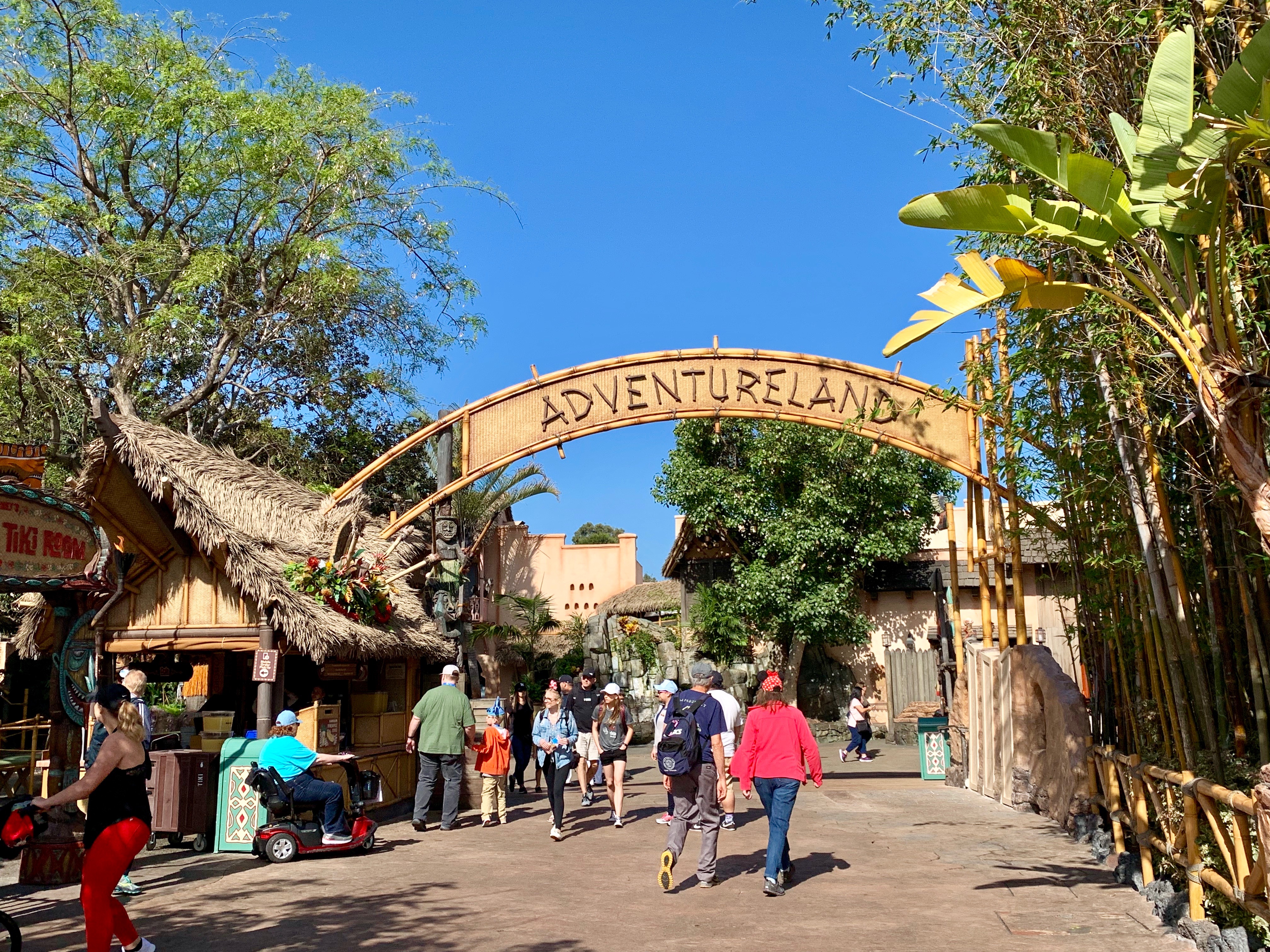 It’s back! There’s a new Adventureland sign in town, with the temporary sign that was hoisted up back in April finally taken down.

Frequent guests of the Disneyland Resort will recall that refurbishments took place last October to reduce the foliage and water surrounding the entrance to Adventureland and Frontierland. All in the effort of creating more walking space to accommodate the influx of guests when Star Wars: Galaxy’s Edge opens. With the new entranceway, they’ve accomplished just that.

The entire area is far more open, which will lead to less bottlenecking. Disneyland effectively replaced the 1990s marquee with a nearly identical sign that stretches all the way across the entry pathway.

The old thatch hut structure that previously was on the right side has been completely removed, as it created a huge issue in terms of guest traffic since people used to hang out underneath in the shade. (Remember, new Disney doesn’t believe in shade.) For reference, we’ve included some old photos of the Adventureland entrance throughout the past few months:

What do you think of the new entrance? While similar, it certainly looks more plain compared to the original.

BLACK SPIRE 101: Everything You Need to Know About Kat Saka’s Kettle in Star Wars: Galaxy’s Edge