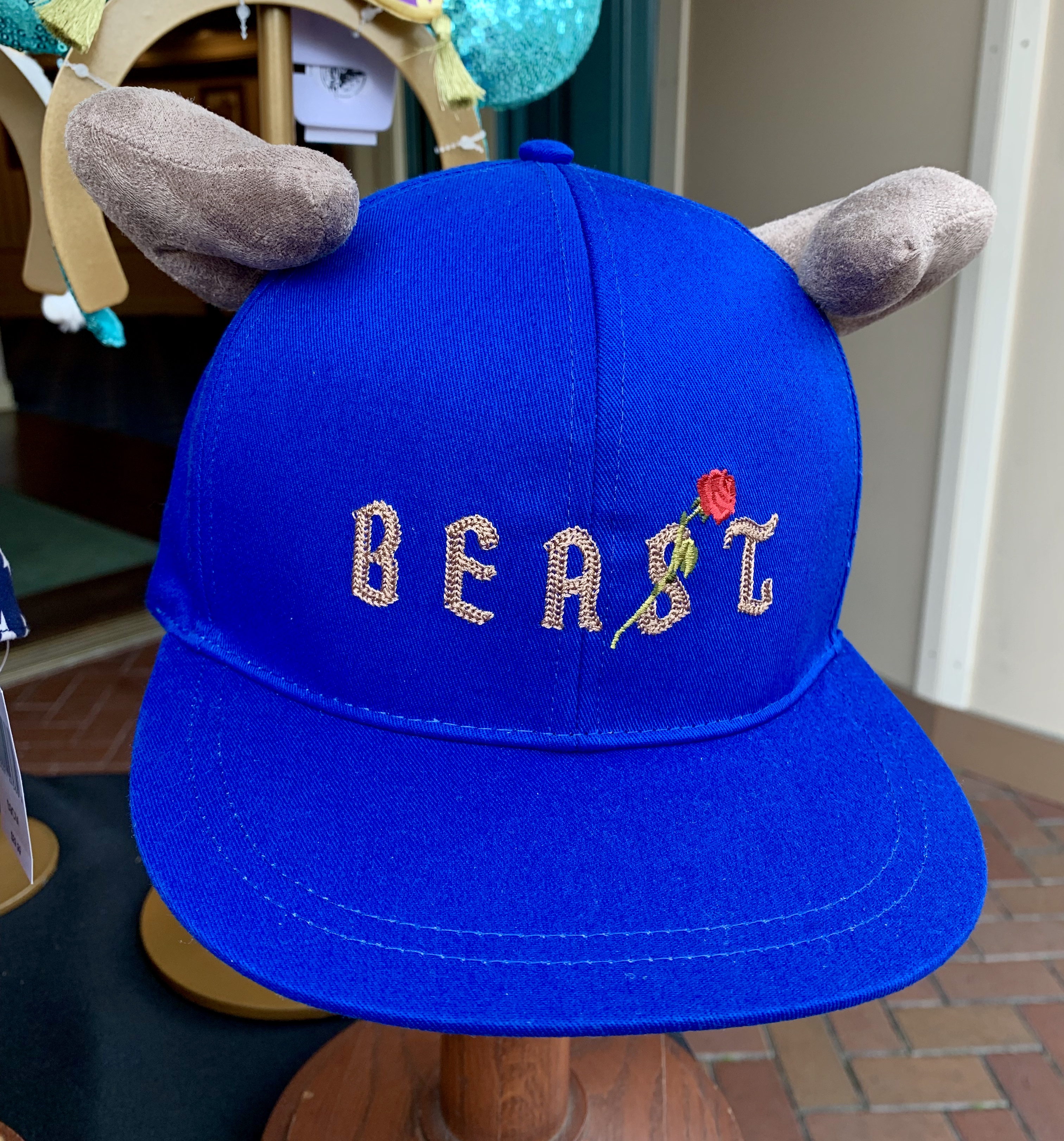 Disney Parks have certainly stepped up their hat game recently and we are here for it. Earlier this year, a new Lotso Bear Baseball Hat was released, along with a Genie Baseball Hat. And now you can channel your wild side with this new Beast Baseball Hat.

This new baseball hat is a stunning shade of royal blue, much like the color of Beast’s suit in Beauty and the Beast. The iconic red rose from the film is embroidered on top of the word “Beast,” which takes center stage on this hat.

But our favorite part of the hat is the addition of Beast’s horns. They’re made of a soft, plush material, so they aren’t too heavy on the hat.

It’s been a while since we’ve spotted new Beauty and the Beast merchandise at the Disneyland Resort. So seeing this new hat was a nice surprise. What’s your favorite Disney baseball hat that’s been released this year?