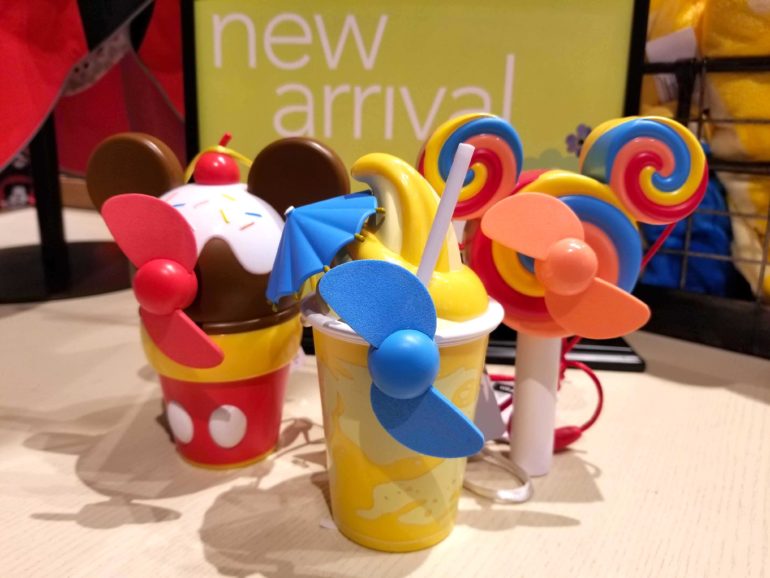 With the rise of sweltering temperatures across both coasts and the prevalence of vlogging, selfies, and the general need to keep cool and look cute, personal fans are the latest rage in theme park gear. You often see people with tiny, nondescript battery-operated fans, but Disney wants in on whatever’s trending with park fans. Enter the Disney Snack fan: tiny, satin-corded fans you can wear around your neck that are actually modeled after famous Disney snacks.

The collection we spotted at World of Disney in Downtown Disney District includes a Mickey sundae fan, a lollipop fan, and a Dole Whip float fan.

Which of these fans will you be adding to your accessory setup or parks gear bag? There’s one for every person’s style… and taste.