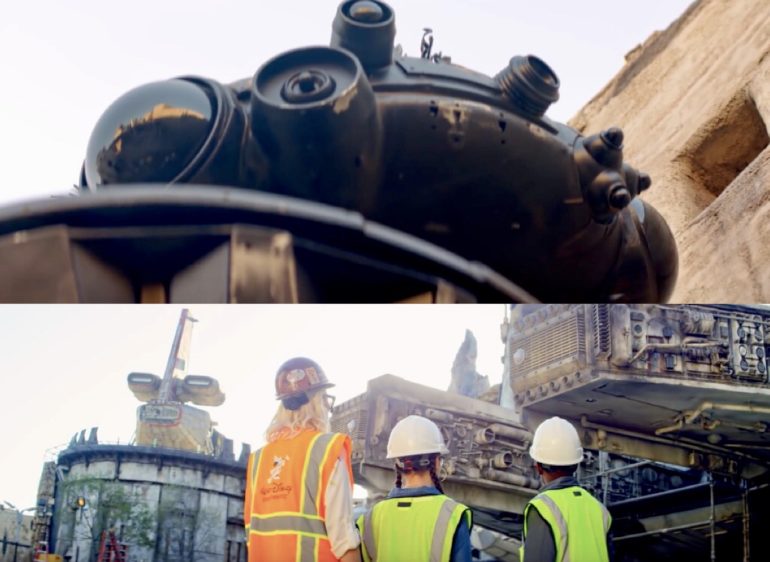 It appears Disney wants to make sure they include the whole family in on the Star Wars: Galaxy’s Edge fun with this latest video giving an inside look at the land.

In the video, we get a glimpse of a never-before-seen First Order Probe Droid stationed in the land, a closer look at Strono Tuggs’ cargo pods stationed above Docking Bay 7 Food & Cargo, making-of renderings of the AT-ATs featured in the Star Wars: Rise of the Resistance attraction, and more! Check it out below.

It isn’t mentioned in the video, but we learned from the Orlando Informer that the three trailer-sized cargo pods that Strono Tuggs is off-loading from his multi-purpose transport into the hangar bay contain three interesting Easter eggs: the first is stamped with the number 77, the second one (which is dangling from cables through the roof’s opened portal) is marked 80, and the last one (which is still aboard Tuggs’s Grub) is branded 83. These are the years that the films of the original Star Wars trilogy came out.

Check out the full video tour below! While we’ve seen a lot of these scenes already, it really never gets old, especially with more and more scenes and props nearing completion.

What are you most excited for in Star Wars: Galaxy’s Edge? 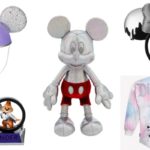